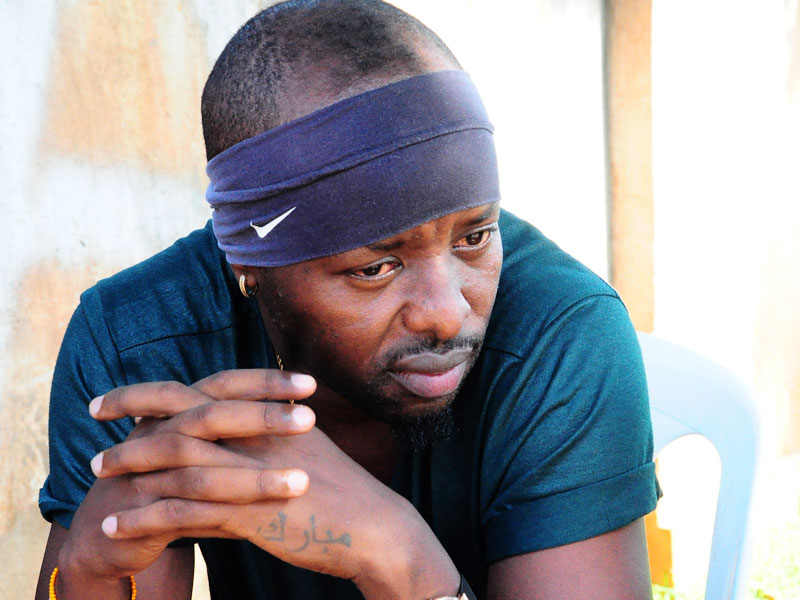 This afternoon, Eddy Kenzo has come out on a facebook live broadcast and called upon Muslim leaders to come out and reprimand Sheikh Muzaata Batte over his repeated attacks on him.

Eddy Kenzo has said he feels a lot of pain to see the Muslim fraternity particularly silent when two brothers of the same faith are in a conflict like he has with Muzaata. He says he is disappointed because he expects the faith elders to come out and reconcile them as Muslim brothers.

Edirisa Kenzo Musuuza has said many people have come out and attacked him for coming out to defend himself in the face of attacks on his name while not commenting on the brutal attacks that Muzaata has labelled upon him. He feels that instead of focusing on him, Ugandans should come out in the strongest terms to condemn Muzaata and force him to apologize for his disrespectful and condescending comments.

Eddy Kenzo has also called upon the Buganda establishment and all Baganda whose flag he has held high not just on the national but international scene to come out and join in solidarity with him. Kenzo feels that as a Muganda who has promoted the Luganda language globally, he should be supported by the Kingdom and its people in such a time when he needs them.

Kenzo in the same light also called upon the government of Uganda to stand up and call Muzaata to order because as a Ugandan, he has contributed to national development through his various accolades.

Kenzo says he feels strained because a man is allowed to pour scorn on his name and insult his person while the whole country looks on. He feels that such vile attacks have frustrated him and distracted him from doing his work which has put the lives of the many people who depend on him in jeopardy.

The emotional Eddy Kenzo who several times during the broadcast broke into tears has said that he is still facing the pain of separation from his “wife” and best friend and therefore should not be subjected to such vile and brutal attacks from insensitive people.