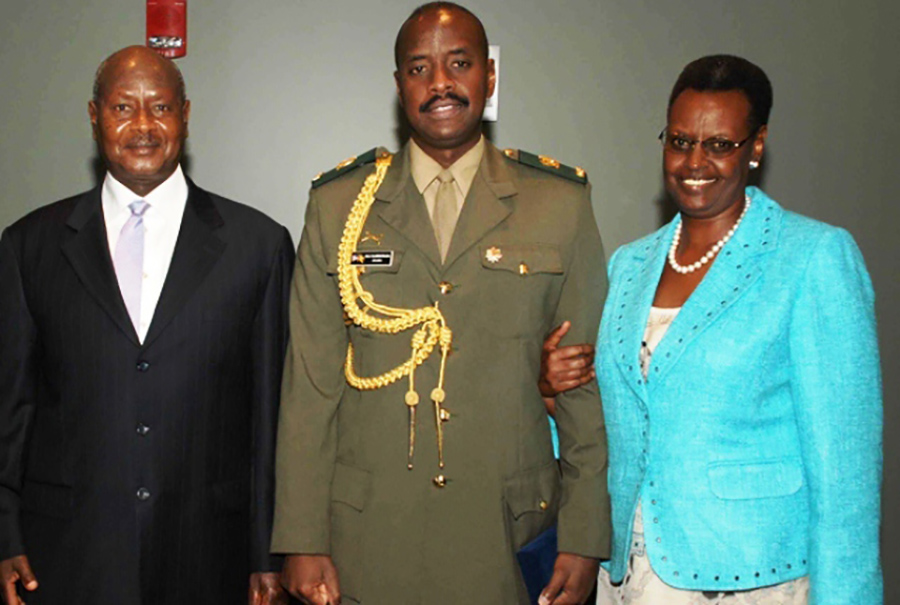 First son General Muhoozi Kainerugaba is on a roll of late using his social media page to blurt out controversial statements that have gotten several Ugandans talking.

While we were still digesting his remarks warning those intending to disorganize Uganda to be aware of Uganda’s Special Forces that can defeat anyone, the son of Kaguta Museveni has this evening released another tweet in which he claims that his Father is among the top 5 Africans ever created.

These are the greatest African nationalists ever! Mzee Museveni is without a doubt in the top 5 Africans ever made. All of us soldiers in UPDF love him so much! Mzee is our hero! pic.twitter.com/gfW7ow79wr

Muhoozi Kainerugaba who seems hell-bent to massage the ego of his ageing father has come out and claimed that Museveni is among the greatest African nationalists ever! In his assessment, Muhoozi views his father on the same footing with heroes like Nelson Mandela and Kwame Nkrumah.

Muhoozi goes ahead to assume spokesperson for the UPDF by saying that “All of us soldiers in the UPDF love him! Mzee is our hero”

It is not clear what the first son’s end goal is with his recent use of social media to blow the trumpet of his old man. What is for sure is that Muhoozi seems to have gotten drunk on the achievements of his father so much so as to see him in the league of African heroes.

Well, perhaps even Kayihura’s children also saw him and still see him as a great African hero!