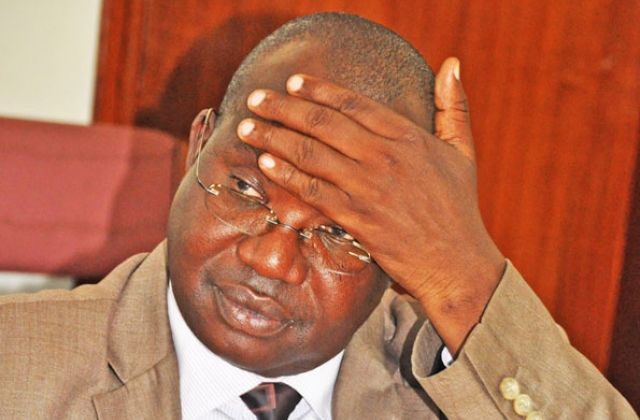 While the storm and war of words and counter-accusations between motor-mouthed Muslim cleric Sheikh Muzaata and international Ugandan artiste Eddy Kenzo rage on, there is loud silence from the Minister of Ethics Father Simon Lokodo.

Known for his swift action on issues that the public usually perceives as none of his business, Father Lokodo has made himself a name as the moral policeman of Uganda.

It is therefore surprising to see that the man of God has steered clear of the conflict between Eddy Kenzo and Sheikh Muzaata. If one does not know better, they could be tempted to think that perhaps the former Catholic priest is afraid of the trigger happy Sheikh Muzaata who is known for his combatant approach towards anyone who opposes him.

Father Lokodo ought to be the right man to counter the rising wave of public bullying and personal attacks especially directed towards the persons of public figures. He ought to speak up to the likes of Sheikh Muzaata Nuhu Batte who have made a name for themselves as public bullies and agents of character assassinations.

In my opinion, the number of incidences and victims of the likes of Sheikh Muzaata are quickly piling up and something ought to be done to curtail this kind of behaviour. If it is made fashionable, then we shall all be to blame should such vile and uncouth attacks on persons of others lead say to a case of suicide.

Someone needs to put Sheikh Nuhu Muzaata Batte in his place. I think Father Lokodo Simon should step up!