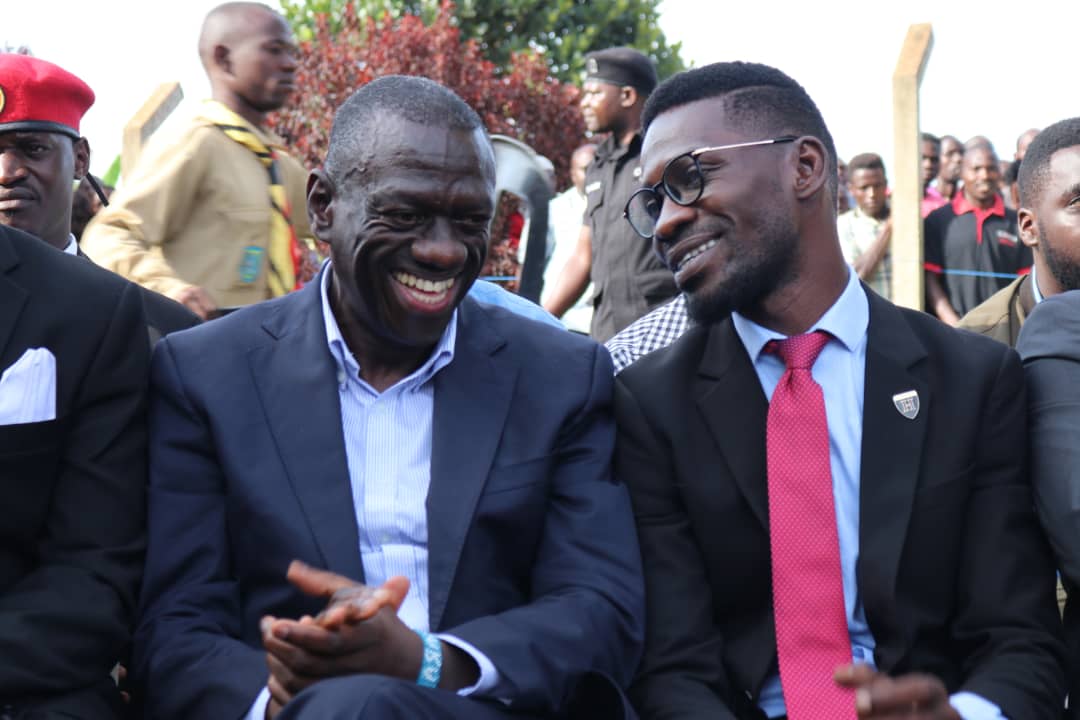 While speaking this morning on his weekly “One on One with Tamale Mirundi” NBS show, the presidential adviser on media affairs, Mr Joseph Tamale Mirundi, has urged Kyadondo East MP Robert Kyagulanyi aka Bobi Wine not to form an alliance with Dr Kizza Besigye.

Tamale believes that the mafia in government wants to use the four-time presidential candidate to compromise the leader of the People Power movement. This comes at a time when Bobi Wine and Dr Besigye are engaged in talks with a view to fronting one of the two to stand against President Yoweri Museveni come 2021.

Tamale Mirundi warns that should Bobi Wine allow working with Dr Besigye, he will be doomed alongside with the hopes of millions of Ugandans who believe in him and his People Power movement.

“A coalition won’t work. If Bobi Wine allows working with Besigye, he’ll be doomed. The most credible candidate in this country is Mugisha Muntu. The mafia is controlling Besigye. Getting Bobi Wine to join Besigye is a new strategy by the mafia to control him. Besigye is a perennial failure,” he said.

In Tamale Mirundi’s opinion, Dr Besigye is part of the government mafia. Mr Mirundi asked: “Has Besigye ever been subjected to live bullets? Besigye’s businesses have never been tampered with. Some of the government vehicles fuel from his petrol stations.”

Mr Mirundi’s remarks come a day after a political analyst urged Dr Besigye and Bobi Wine to put aside their political differences and unite if they are to take power. Bobi Wine has already declared his intention to stand for president come 2021, a move say will lead to split of opposition votes as Dr Besigye is also set to stand yet again!