Could Stella Nyanzi have forced Kamasanyu into leave? 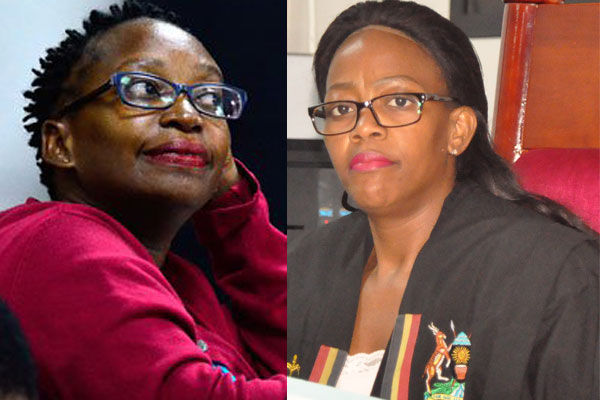 On August, 3 the nation was forced to know by name a one Gladys Kamasanyu over her daring conviction and sentence of activist, Stella Nyanzi. The beautiful fascinating magistrate of Buganda road court also set a precedent for being Uganda’s first bottled magistrate ever. On that particular fateful day, a bottle strayed out of the gallery and hit her straight on the eye glasses which prompted an arrest of four as police swung into action to disperse the unruly rowdy public.

Days after Dr. Stella’s conviction, a fatigued Kamasanyu resigned her stress and went for a vacation of relief in the diaspora. It is alleged that the leave came as a state privilege appreciating her ‘manly’ ability to deal with Dr. Stella who had purportedly become a problem to Museveni’s figure and fetish.

Two months later, the well air conditioned courtroom number 4 remains lonely minus sight of a shadow of magistrate Kamasanyu. We tried to make inquiries into her prolonged absentia and got to know from a court clerk who preferred to speak off record that Kamasanyu was on leave for a judicial course in the diaspora. We could not verify the reports as controversy arose from an aide who said Kamasanyu is to hit the courts probably next year due to her own personal reasons not official. The latter source however agreed with the clerk that the youthful magistrate is out of the country to date.

Kamasanyu is formally known for her unsympathetic approach towards human rights activists, a reason they castigate her for being a regime cadre. The 2005 Makerere law school graduate has handled high profile cases like the Andrew Lwanga (WBS journalist) Vs. Joram Mwesige, (Former DPC Old Kampala police station) Brian Isiko (YMCA student) Vs. Sylvia Rwabwogo (Kabarole woman MP) among other cases. Her rulings have never achieved the expectations of all those who’ve been accused and handled in her docks.