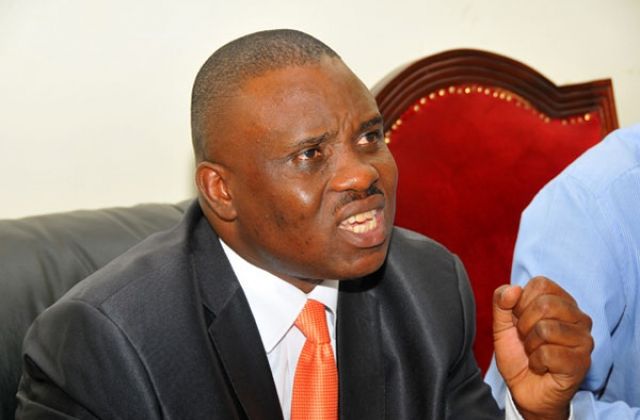 The Kampala Lord Mayor Erias Lukwago is between a rock and a hard place after prosecution asks the court to have him arrested or pay a fine following the disappearance of a suspect he stood surety for.

Prosecution led by Mr Jonathan Muwaganya told the court that Lukwago has no powers to petition the High court contesting the ruling of Buganda road court chief magistrate Miriam Okello to pay the Shs50 million but rather go back to the same court and explain his inability to produce the suspect; Sandra Ngabo.

Muwaganya has explained that on several occasions, Lukwago has ignored court requests to appear in person and explain to the magistrate why he has failed to execute his duties as security to compel the suspect to attend court as and when she is required but instead he decides to rush to Highcourt to stay the said ruling.

Lukwago in his application stated that it was unfair for court to order him to produce Mrs. Ngabo in his capacity as a surety within six months or forfeit Shs50m to government yet court did not inquire from him whether he would continue standing surety for the accused and monitor her while she was out of the country before it released the passport to her to travel abroad.

“As a practising advocate, I believe that the Chief Magistrate exercised jurisdiction vested in her illegally when court proceeded to release the accused’s passport to enable her travel abroad without my knowledge as one of the persons who stood surety for the accused person,” Mr Lukwago stated in his application before the court.

In 2017 Lukwago stood surety for Katebairwa the wife to then renowned FDC pastor David Ngabo who is charged before Buganda Road Court with obtaining money by false pretence, forgery and presenting false documents.

The prosecution alleges that Katebareirwe on July 8, 2016, at Rwenzori Towers in Kampala with others still at large, defrauded Wu-WeiLing of Mama Mia Investments of $68,530 (Shs251m) under the pretence that she would rent him space at Imperial Botanical Shopping Mall in Kampala.

She denied the charges and was granted bail but was ordered to deposit her passport in court.