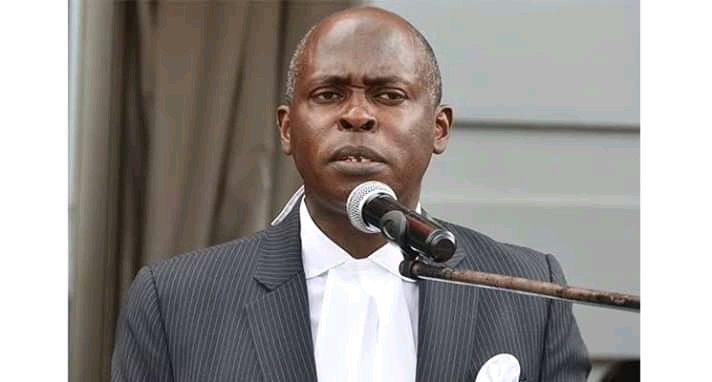 As the practice has been, the Judicature of Uganda as and when the need arises holds special sessions to dispose of a backlog of cases usually themed under one subject or matter. This time, the High Court special session is taking place in Tororo and its focus is on Sexual and gender-based cases.

The session is going to handle 52 matters and will be presided over by Justice Gadenya Paul Wolimbwa. Prior to addressing stakeholders, the Judge inspected a guard of honour mounted by the Uganda Police Force on Tuesday.

During the meeting with stakeholders, he explained that the session will run for a month and that it would handle the backlog related to Sexual and Gender-Based Violence cases in the district.

Judge Gadenya said most of the cases were defilement cases that had stayed for long in the system which had frustrated victims. According to the case list, of the 52 matters to be handled; 36 are aggravated defilement, 12 Rape, three murder and one aggravated robbery case.

He also expressed concern over the rising number of cases related to sexual gender-based violence, attributing it to moral decadence in the society.

“It is sad to note that more than 75% of cases being handled by the court are as a result of sexual and gender-based violence” adding that this is also prompting the Judiciary to establish special courts for sexual
gender-based violence across the country.

Justice Gadenya Paul Wolimbwa said establishing these courts will help in creating a fast mechanism of resolving such cases without unnecessarily delaying in the court system. He appealed to the civic leaders to continually educate communities to restore moral uprightness. He added that most of the cases especially for aggravated defilement and rape have direct involvement of relatives.

The Tororo Resident District Commissioner, Mr Nickson Owole, commended the judicial officers in the district for the commitment they have exhibited in rendering justice to communities.

The session has been made possible with support from the United Nations Population Fund (UNFPA) and the Justice Law and Order Sector.