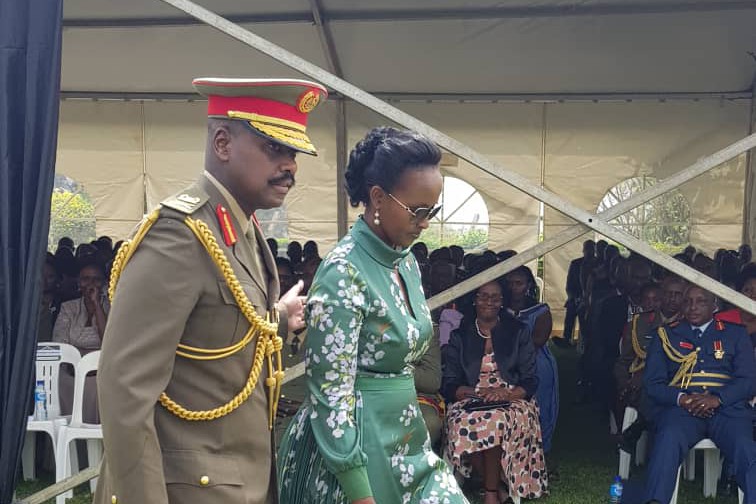 This week, First Son Muhoozi Kainerugaba who has in past kept a low profile has been in the news quite severally prompting political analysts to speculate about the “Muhoozo project” which has for long been discussed in Ugandan politics.

From a series of controversial social media posts to several money donations, the name Muhoozi Kainerugaba has been making circles in the news on a daily.

In the latest news, Joshua Kiprui Cheptegei who recently won the men’s 10,000m in Doha, Qatar paid a courtesy call on Lt Gen Muhoozi Kainerugaba. Gen Kainerugaba heartily exchanged pleasantries with the 24-year-old athlete before they held a private conversation.

The General supported Cheptegei’s training facility-the Joshua Cheptegei Training Camp in Teryet Sub-county Kapchorwa district with 100 Million shillings. He promised to continue supporting him so that he can continue inspiring other young people and bring more glory to Uganda.

Cheptegei who has also been nominated for the IAAF male athlete of the year 2019 was accompanied by one of his local trainers–Benjamin Njia. Gen Kainerugaba listened as Cheptegei narrated the various medals he has won in the recent past. Cheptegei also thanked the General for his support in the competitions that the runner has participated in.

Cheptegei, 24, who is now the most decorated Ugandan runner has been nominated for the IAAF Athlete of Year Award, alongside his Kenyan counterpart Eliud Kipchoge. He won Uganda’s second gold medal after Halimah Nakaayi won the first one in the women’s 800m final at the same championship in Doha last Monday. Nakaayi posted 1:58.04 breaking the national record.

So we now ask, has the NRM and its Yoweri Museveni given Muhoozi Kainerugaba a go-ahead to immerse himself into real politicking? Could this be the start of attempts by dictator Museveni to have his son succeed him?