Nationwide immunization of Measles and Rubella kicks off 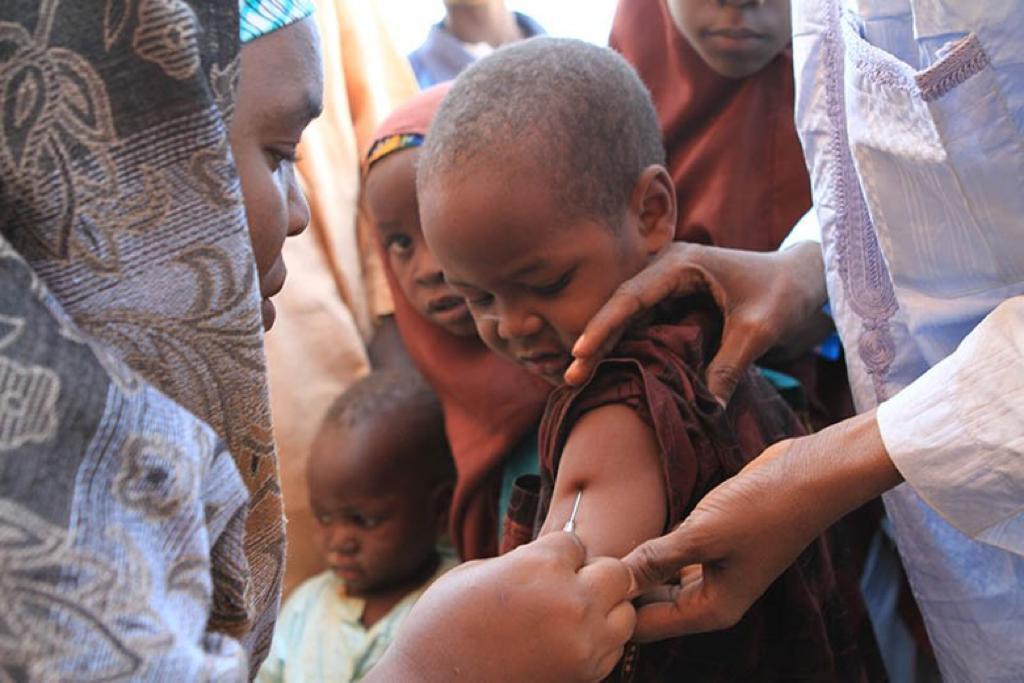 The Ministry of Health says that recent outbreaks of measles in various districts of the country in the past three years necessitated the need for a mass immunization throughout the country.

Furthermore, a statement from the Ministry of Health states that “At the same time, polio remains a daunting threat given evidence of vaccine-derived strains circulating in neighbouring countries. We are set to immunize more than 18 million children against measles and rubella which amounts to 43% of the country’s population,”

In the projected 18 million children to be immunized, 8.2 of these are younger than 9 months which amounts to 20.5% of the country’s total population and these will also receive oral polio vaccines.

The campaign is to be conducted in schools for the first three days and in communities in the last two days targeting all children below the age of 15 whether previously immunized or not.

“This campaign does not replace the routine immunization schedule. Parents, caregivers and all concerned must ensure all children receive and complete all the vaccines specified on our immunization schedule after the campaign,” the Health Minister, Dr.Jane Ruth Acenga said.

This is however not a one-off event the Minister of Health revealed. The campaign will be a launchpad to introduce the measles-rubella vaccine into the country’s routine immunization schedule. The campaign will also provide an opportunity to intensify sensitization of communities on measles, polio and rubella, as well as disease surveillance and investigating unreported but suspected cases of these diseases in the country.

“This is an important exercise because it represents an impressive level of commitment to health care that we need more than ever across the African region to prevent deaths, disease and suffering to avoid unnecessary expenditure when caring for people who are sick,” said Dr.Matshidiso Moeti, the WHO Regional Director for Africa. He appealed to parents, caregivers and guardians to take their children for immunization.

The immunization campaign will run from today, October 16 to Sunday, October 20 throughout the country.