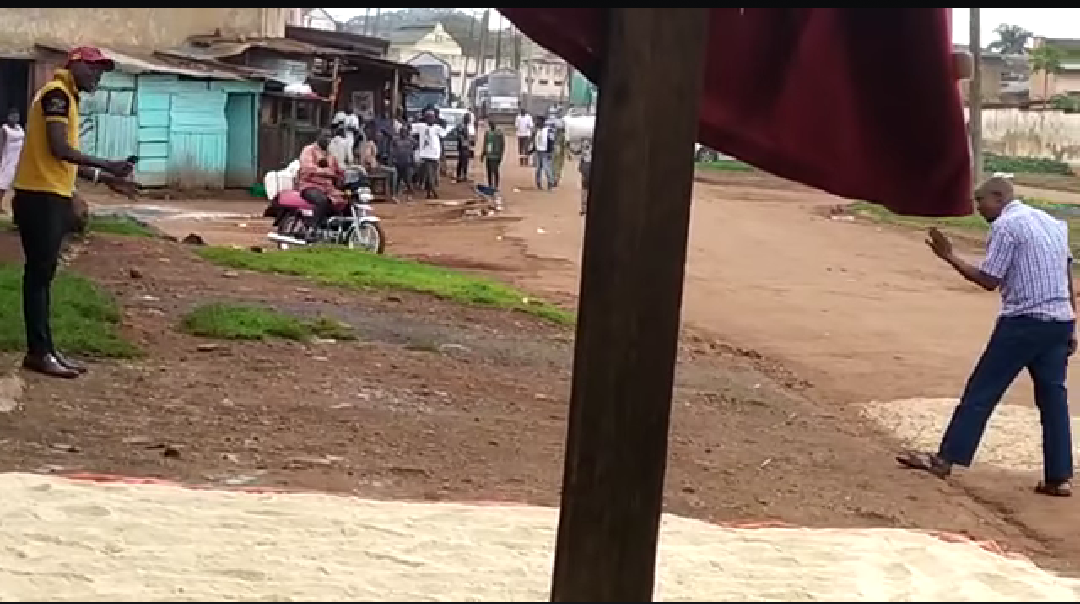 In a new episode of the now common state-inspired kidnaps, a man has been abducted by a gun trotting fellow, suspected to be a security operative, in Jinja.

The incident happened today morning in Jinja industrial area. It was captured on video by an unknown person. In the video that is circulating on social media, a man holding a pistol rounds off a pedestrian wearing a yellow T-shirt and red cap. The gunman then orders the other to sit down before pulling out his phone to make a call. This all happens in broad daylight with shocked bystanders watching on.

We shall update you as the story evolves.