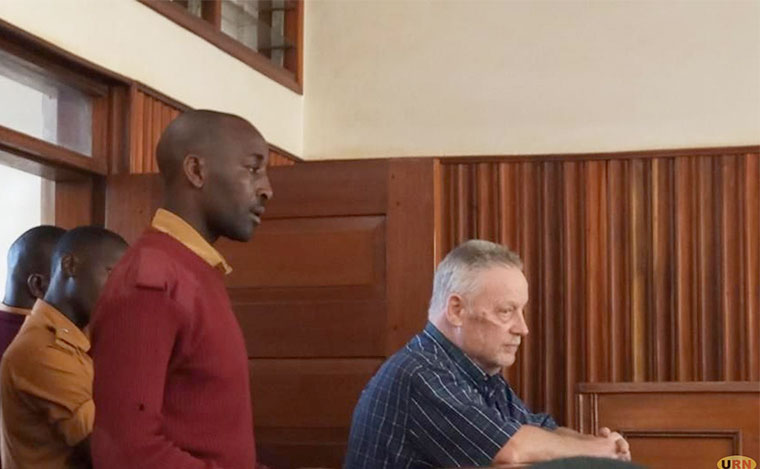 On Monday, the trial judge Winfred Nabisinde told the court that she was not ready to hear the case following communication from Masaka Court registrar, Ms Cissy Mudasi that she had received a telephone call from an interpreter that he was not ready to attend court as requested.

“I will continue making adjournments until we get an interpreter. It’s upon you, Mr Glaser to delay us or not to delay because you will stay in lawful custody until the case is done,” Justice Nabisinde.

The judge said she had allocated Mr Glaser’s case a special session which is supposed to last between two to three weeks.

“This case involves candidates of senior four and senior six who are state witnesses and we are also considering them,” She added.

Mr Glaser, the director Ssese Humanitarian Service, an NGO located at Mwena landing site in Kalangala District is facing eight charges of aggravated defilement and 19 counts of aggravated child trafficking. Justice Nabisinde adjourned the case to October 24 when the court is expected to get another language interpreter from Makerere School of Languages.

During one of his court appearances last month, Mr Glaser said he was not conversant with English and preferred to use Flemish, a dialect spoken in Belgium. Glaser was first arrested in December 2013 on suspicion of sexually abusing 19 minors under his care in Kalangala, central Uganda. He was later acquitted by the court after the state failed to get incriminating evidence against him.

In February this year, police detectives again raided Glaser’s home in Kalangala and said they rescued at least 11 children in his care. Police did not find Glaser at his home at the time. He was arrested later when he presented himself at police.