Four arrested and One shot over trailing Principle Judge Bamwiine 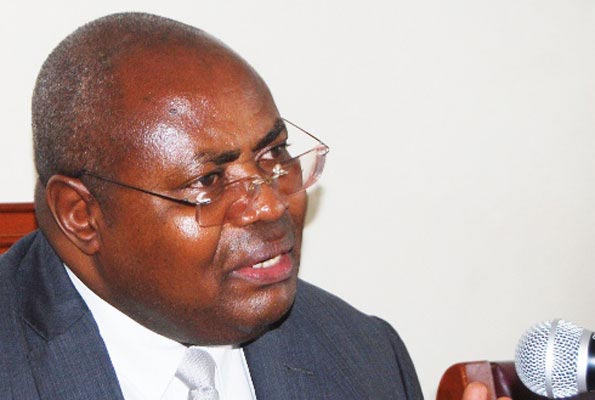 On Wednesday night, police fired shots at a car that was suspected of trailing Principal Judge Yorokamu Bamwine, injuring one of its occupants.

Police attempted to stop the vehicle at the Kira Road traffic lights but the driver ignored the signals and tried to speed off towards Bukoto and even knocked a Police officer in the process.

According to Police, a Mercedes Benz car registration number UBF 379H trailed Bamwine’s car which was heading to Naguru from Kamwokya which prompted Bamwine’s security detail to become suspicious of the vehicle and alerted Kira Road Police who sprang into action and positioned Police officers at the Kira Road junction.

Police were then forced to open fire, aiming for the car’s tyres in an attempt to disable it.

According to eyewitnesses, the car then changed course and took the Lugogo Bypass where Police trailed it to The Surgery, a medical facility in Naguru, where one of the occupants identified as Emma Kinobe who had been taken for medical treatment after being shot in the fracas and was later referred to Nakasero Hospital for further treatment as he was in a critical condition.