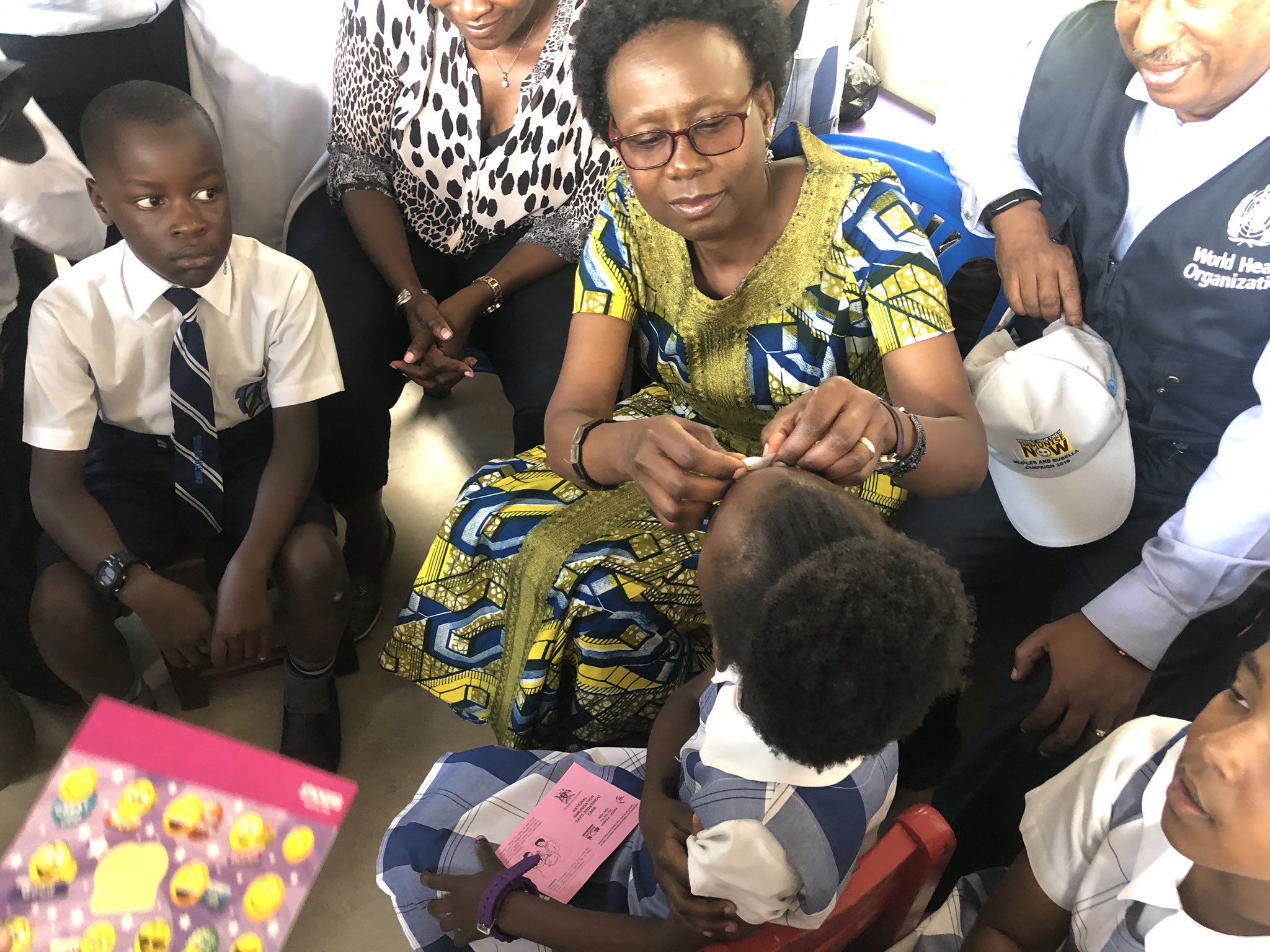 In a bid to counter the negative publicity surrounding the mass immunization campaign against measles and rubella, the Health Minister Jane Ruth Aceng has had to immunize her daughter live on camera in order to reassure parents and naysayers about the safety of the measles-rubella vaccine being rolled out by her ministry and its partners.

Just had my daughter, Michelle immunised against Measles Rubella (MR) in the ongoing #MRCampaign19. She was accompanied by her cousins and friends who were also vaccinated against MR. This was done at Greenhill Academy pic.twitter.com/34Xc5qmIzW

The Ministry is battling a wave of negative and false news circulating on social media with various people claiming the vaccine is not safe and could have side-effects on children in later years such as infertility and autism.

The Ministry has partnered with the Uganda Paediatric Association, a specialist body that brings together all child specialist doctors in the country to boost public confidence in the on-going immunization campaign.