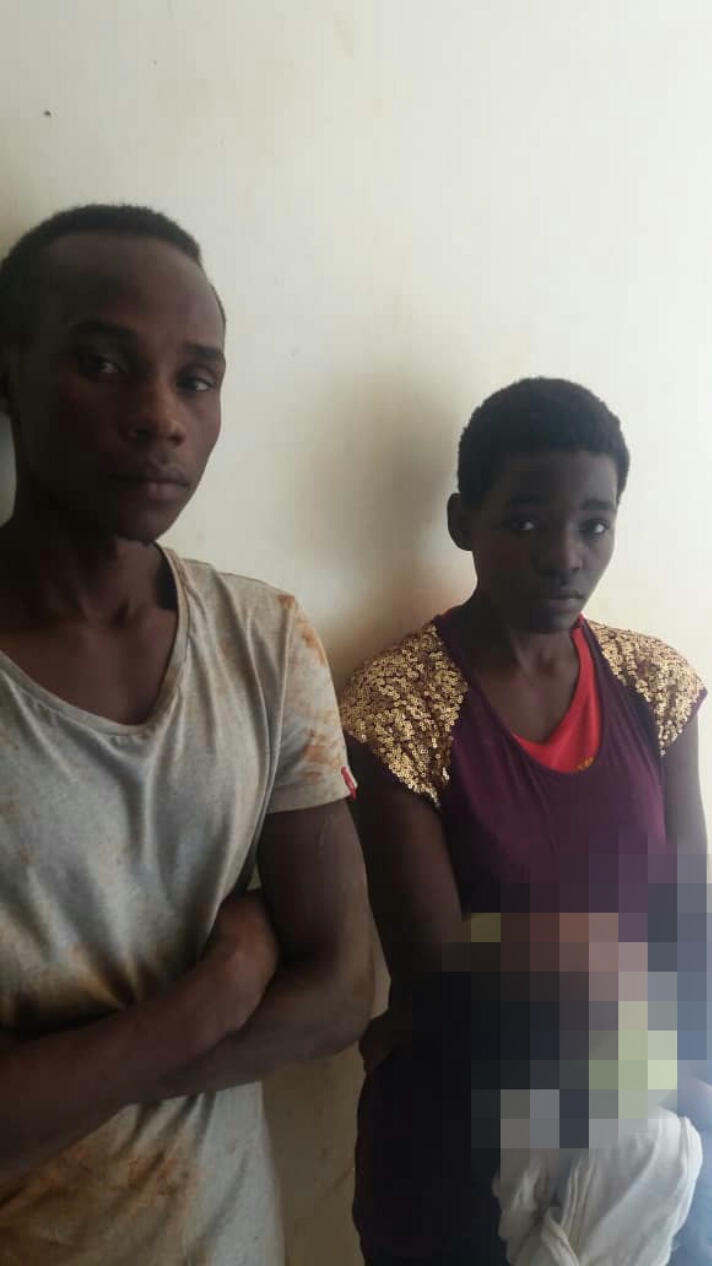 Police in Wakiso have arrested two suspects for allegedly murdering their child- one Simbwa Patrick aged two and half years.

Preliminary  investigations indicate that the child, male,  was  murdered by his biological father, one  Busulwa Patrick,  23 years old. Patrick, known to residents as a local plumber is said to have hit the baby on the  floor and later dumped the little boy in the nearby swamp.  He then  transfered the body and dumped it in a neighbor’s pit latrine.

Officers from the Police, including the DPC Wakiso, scene of crime officers, Detectives from the CID, the Fire Brigade department visited the scenes of crime, and the body retrieved by officers from the Fire Department.

We have since established that Patrick Busulwa is the child’s biological father, while  Mukirwa Allen, 18 was a step mother to the deceased. The two were arrested and are detained at Wakiso main station pending  complete investigations.

The body of the deceased has been taken to Mulago City mortuary for postmortem.

How the case unfolded

A day before the body was retrieved, Patrick Busulwa, the child’s father reported a case of  child disappearance, to the local authorities.

The authorities informed the  police which intorragated the child’s father and established by confession from the suspect,  that he had murdered the child.

He led Police to Mr. Nsereko Noah, the said neighbor’s pit latrine, where the body was found.

The two have been charged with murder.

Police appreciates the strong collaboration from the local authorities in sounding out this alarm.