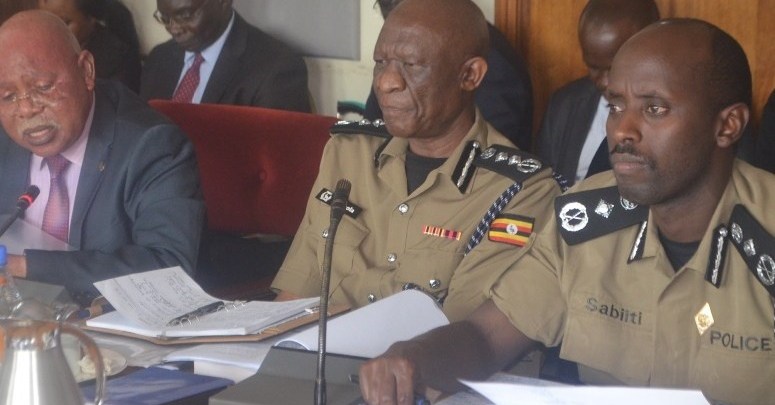 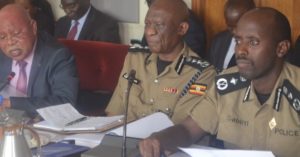 The police top leadership headed by Deputy Inspector General of Police –DIGP Maj Gen Muzeeyi Sabiiti, is in Kisozi, Mpigi District to deliver a plan to President Museveni on fighting gangs in Kampala.

Insiders with in police say that a team led by Sabiiti had arrived at Kisozi to discuss with Museveni the devised plan to wipe-out armed gangs.

Museveni on Tuesday gave Sabiiti two days to come out with a plan to combat the gangs. A number of homes have been raided by armed thugs in the last three weeks where thugs varnish with valuables ranging money, home theatres and cars.

“I have given 2 days to Commander Sabiiti of the Police to come out with a plan to combat these gangs. The IGP is away in Peru for a meeting. I will look at that plan, comment on it and it will, then, be communicated to all of you,” Museveni said.

In response, police and army top chiefs gathered at police headquarters at Naguru on Wednesday to discuss Museveni’s directive. During the meeting security chefs discussed and analyzed the gangs’ mode of operations which they resolved was similar.

Reports of the recent raids and arrests made were presented where it was reportedly realized that there was similarity in operations of the thugs though there is no connectivity to thugs arrested in various areas.

Some of the areas that have been prone to gang raids include Kiwatule, Najjera, Lubowa, Kajjansi, Mengo, Old Kampala, Mutundwe and Kasangati. On Tuesday night Local Defence Unit –LDU personnel shot dead a thug that was strangling MUBS student Anita Namayanja in Mutundwe.

The URA official operates at the authority’s offices at Kyaliwajjala, Kiira Municipality, in Wakiso District. The victim rushed to a neighbour’s home who helped him call the Police’s 999 Patrol team that pursued the suspects. Police operatives were guided by the tracking device Mugabi installed in his vehicle.

Museveni in his directive indicated that gang raids should be easily fought in order to restore sense of security among city dwellers.

Citing Kiddawalime gang that was terrorising Masaka locals, Bukomero, Entebbe and Nansana groups that were targeting women, the President said the gangs are easy to defeat.

“These are gangs we shall easily defeat. That is what we did with the Kiddawalime gang in Masaka, the gang of Bukomero, the gang of Entebbe etc. It is easy to defeat these gangs. Their crimes will only add to the credit of the NRM because we are going to defeat them. Yet, the People have already seen the bankruptcy and the criminality of these groups and those who back them,” Museveni added.