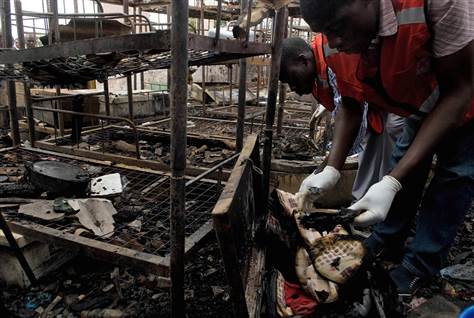 The Police Fire Prevention and Rescue Services Directorate have advised schools against the use of mosquito-nets in the dormitories in an aim to reduce fire catalysts in dormitories and around schools.

Uganda’s leading cause of death among in-patients is Malaria and the use of insecticide-treated mosquito nets is recognized as the most effective measure in the prevention of malaria, a life-threatening disease caused by parasites that are transmitted through the bites of infected mosquitoes.

However, despite the significance of mosquito nets in the prevention of Malaria, Eli Walusimbi, the community liaison’s officer in the Police-Fire Prevention and Rescue Services department says they should be eliminated from school dormitories.

Walusimbi claims that investigations into school fires confirm that the fires have largely been brought about by mosquito nets. The warning was reechoed during the pass out of over 34 students who completed basic training in fire prevention and management skills in Kyotera.

He advised that schools invest in other prevention approaches such indoor spraying, electronic repellant gadgets, and wall paints if they are to do away with school fires adding that other safety measures such as decongesting dormitories, removing triple-decker beds, removing window burglar-proof, putting in place emergency exit roots among others should be implemented.

A source from the Ministry of Education confirmed that there is an ongoing going study on the possibility of having mosquito nets eliminated from schools as a solution to school fires.