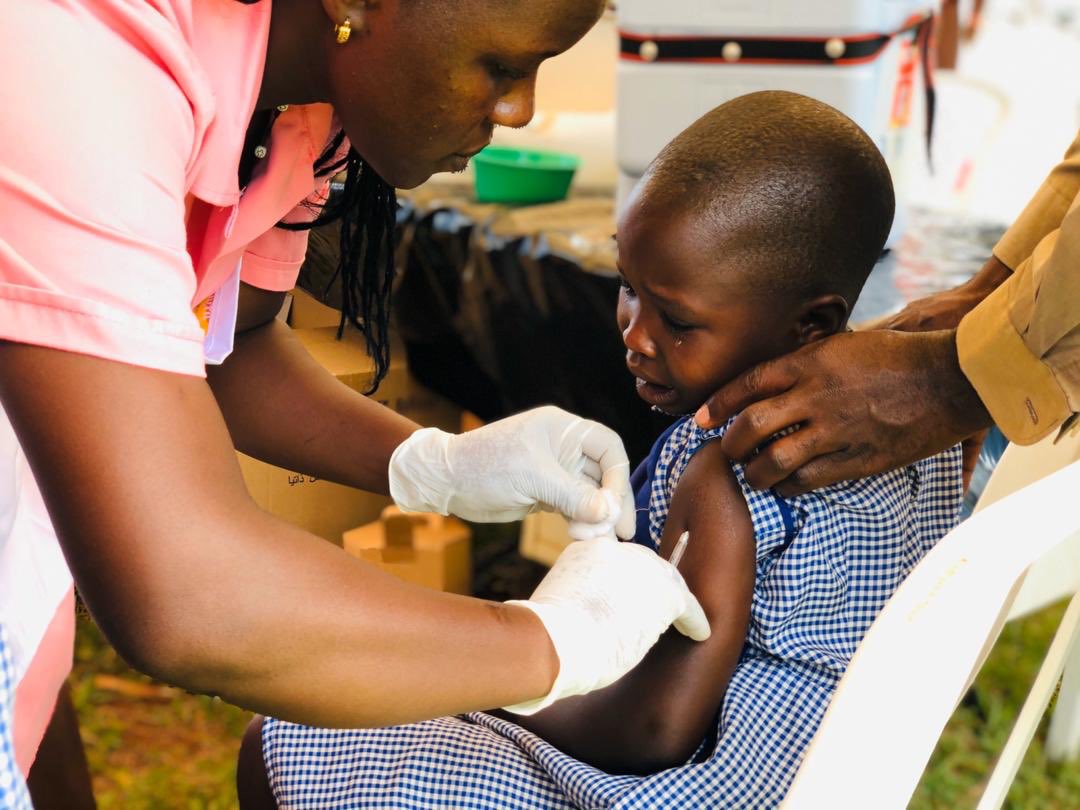 As the government struggles to assure the public about the safety of the ongoing Measles-Rubella vaccination programme, the exercise has hit a snag in Luweero district. This is after more than 70 pupils of Liberty Junior Academy in Luweero district were blocked from participating in the ongoing immunization exercise by their parents. It is alleged that the parents subscribe to a religious sect which forbids immunization.

The Measles-Rubella immunization and polio vaccination which kicked off yesterday will run for five days, in schools, for the first three days and in communities, over the weekend. However, a team sent to immunize children at Nakasajere village in Kamira sub-county found no child at Liberty Junior Primary school.

The school was constructed by the Abajiiri cult, and allegedly hosts only children of members who subscribe to the sect.  The school has children from the villages of Makonkonyigo and Kakoola.

Ronald Mulumba the LCI Chairman of Nakasejere village says that the village council officials and health workers arrived at the school at around 11;30 am but found it closed.

Mulumba says they were told that the parents directed their children to stay home in order to evade immunization teams. Mulumba explains that the cult followers detest immunization, National Identification registration, Elections, medical treatment and other government programmes which they brand satanic.

The cult leaders insist that any activity that requires registration or counting of people, is a symbolic representation of the 666 mark also known as the number of the beast, against which they were cautioned in the Book of Revelation.

Abdullah Serugo, the Chairman of Makonkonyigo village says that members of the sect have been sensitized the cult followers to embrace government programmes in vain.

The development is a blow to a target set earlier by Luweero District authorities, to immunize up to 50,000 children per day and 213,000 children by the end of the campaign.