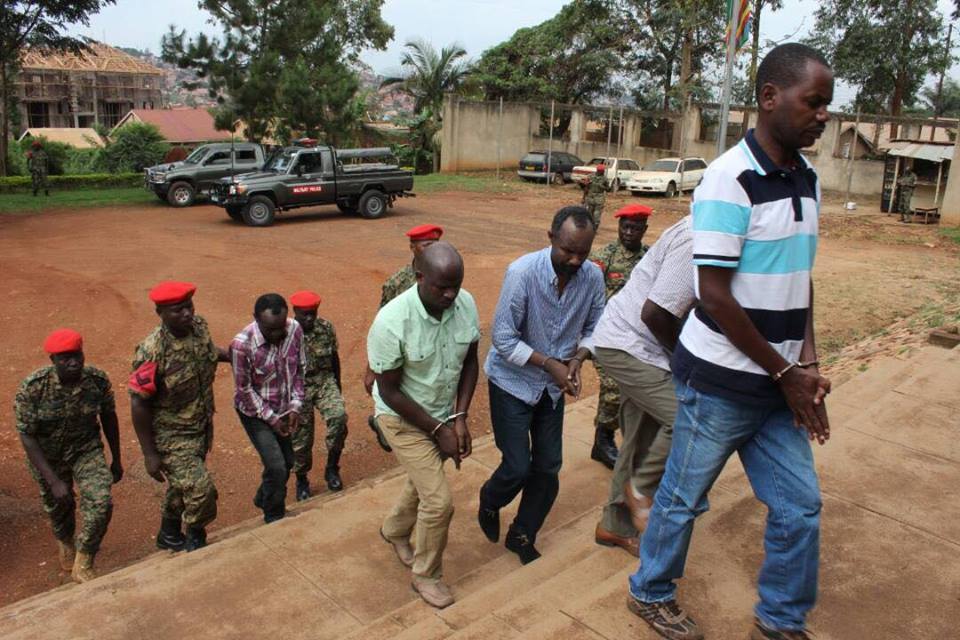 The lawyers from Ms Kiiza and Mugisha Advocates, who represent the detained persons, accused the government of failing to prosecute the suspects since 2017.

Iyakeremye, a Boda Boda rider was charged with unlawful possession of a firearm while Rutagungira is on remand overcharges in connection to kidnap.

Mr Rutagungira is jointly charged with eight other people including senior Police officers in connection to kidnapping former bodyguard to Rwandan president, Paul Kagame in 2013 who was dubiously extradited back home and sentenced to life imprisonment.

Rwamucyo and Rutayisire are also on remand over charges of unlawful possession firearms.

Lawyer Eron Kiiza on Wednesday told journalists in Kampala that the accused Rwandan nationals were arrested between Kampala and Mbarara before being denied their freedom and were subjected to long detention periods.

“The clients that are being prosecuted are all in military courts though civilians. The prosecution has stalled because they have now refused to even give them hearing dates,” he lamented.

According to Mr Kiiza, relatives and lawyers have been blocked from accessing the detained persons in violation of their right to legal representation.

“Chieftaincy of Military Intelligence (CMI) has a history of torturing detainees. All the clients we have been able to rescue from CMI complain of physical and psychological torture,” he added.

Mr Kiiza revealed that he is also the lawyer representing more than 100 other Rwandan nationals whom he claims are being detained incommunicado.

When contacted, Defence and Army deputy Spokesperson, Lt. Col Deo Akiiki said the matter brought by the lawyers is before a court.

Mr Anthony Odur, another lawyer argued that the accused persons are being detained in defiance of court orders and others have since been deported.

“We urge CMI to let the police do its work and hand over all the 100 Rwandan detainees to police who have gazetted detention centres and is legally empowered to investigate crimes,” he added.