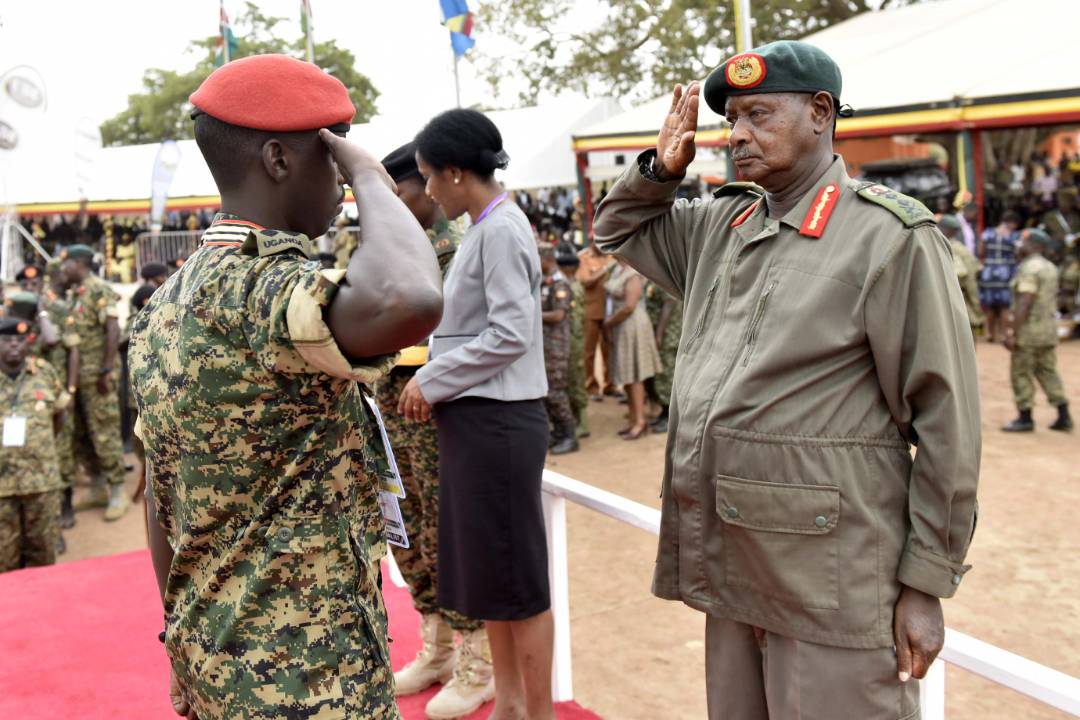 Deputy Inspector General of Police Maj. Gen. Sabiiti Mzee believed to be the person running all the operations of Uganda Police was on Tuesday given 2 days to come up with a plan to curb crime in the City Center as directed by the President.

In a Press conference this morning,  Deputy IGP Mzee revealed that as had been earlier directed by the President, he was able to review the security plan that will tackle the current wave of crime especially in the KMP policing area such as  Kampala, Mukono, Wakiso, Entebbe as well as other areas where it manifests.

He noted that the detailed plan shall be given to the implementers i.e. the Joint security apparatus.

Among the measures to curb crime, he mentioned that strides had been made with the guidance of President Museveni including the aspects of installation of cameras, fingerprinting of firearms, improving the police Forensics capacity, as well as improving the Crime Intelligence and Criminal Investigations Directorates, all of which are ongoing.

Police have now released a revised approach to curb crime :

(1) Linkage with and effective communication with the public, as well as public awareness. Each family in a zoned area of responsibility shall be given a telephone line of the nearest station or post.

The public is encouraged to share all relevant information on all matters of security including distress calls. We shall put suggestion boxes at the stations and LC offices. Messages will only be accessed by a select team and all the messages will be treated with confidentiality. The public can also deliver text messages or WhatsApp messages on 0707114114

(2) Quick and effective response. In this regard, the KMP area is going to be divided into policing zones or security constituencies for each station or post, with attendant published call lines, reaction forces and linkage to all stations and posts as well as cameras, when there is a distress call. Other enablers include:

(3) Effective investigations and prosecution of culprits. To this end, we require a more robust and dedicated prosecution and judicial set up to handle this violent variant of crime. Government will discuss modalities with the Judiciary and the DPP.

(4) Profiling and pursuit of known repeat offenders. This is already an ongoing process and the hunt is on.

The above-mentioned measures mainly address the security of residences. However, we realize that violent crime also manifests in non-residential locations affecting especially vulnerable pedestrians or motorists. In this regard, security will ensure more visibility, accompanied by camera surveillance (where available) to respond to incidents, he added

The Public has been asked to participate in the move to curb crime by being extremely vigilant and security conscious.

The review on the security plans comes after a series of murders and kidnaps of several Ugandans from both classes of the nation that is to say the rich and the Poor have all been kidnapped and ended up murdered by unknown assailants and other very important People have been murdered in broad daylight by unknown persons.