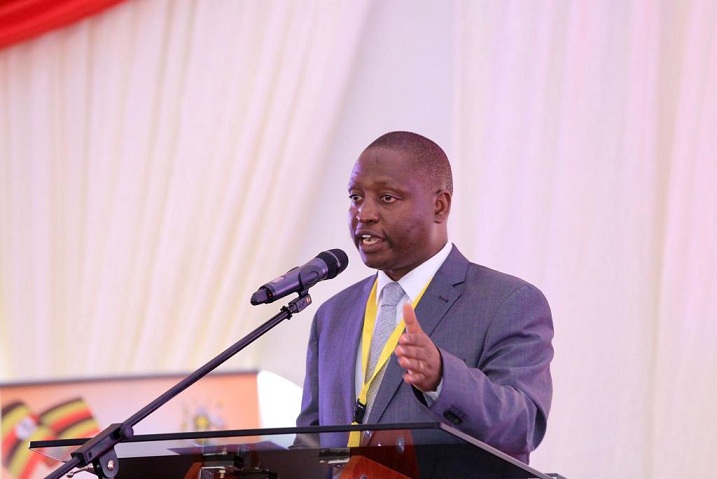 The state minister of Finance in charge of planning David Bahati has cautioned men against luring young girls into sexual relationships.

Bahati’s warning comes after concerns were raised over the stagnation of teenage pregnancies in the country which currently stands at 25 percent and has been a result of Cross-generational sex and relationships.

The ministers’ remarks about Cross-generational relationships were expressed during a press conference at the Media Centre where he was speaking about the forthcoming 8th African Population Conference in Kampala next month.

He further noted that while Government is committed to eradicating the vice, “men must stop falling in love with young girls” because they expose them to health risks and diseases.

The minister also noted that the government is committed to ensuring that this challenge is addressed so that the future of the country’s young generation especially the girls, is not ruined.

Bahati challenged the religious and cultural leaders, parents and teachers to come forth and speak about this challenge with the children if the trend is to be reversed because Information about the risks is crucial in saving the next generation.

According to the country’s 2011 demographic and health survey, nearly a quarter of girls aged 15 to 19 have had a baby or are pregnant and some of them have been a result of cross-generational relationships.