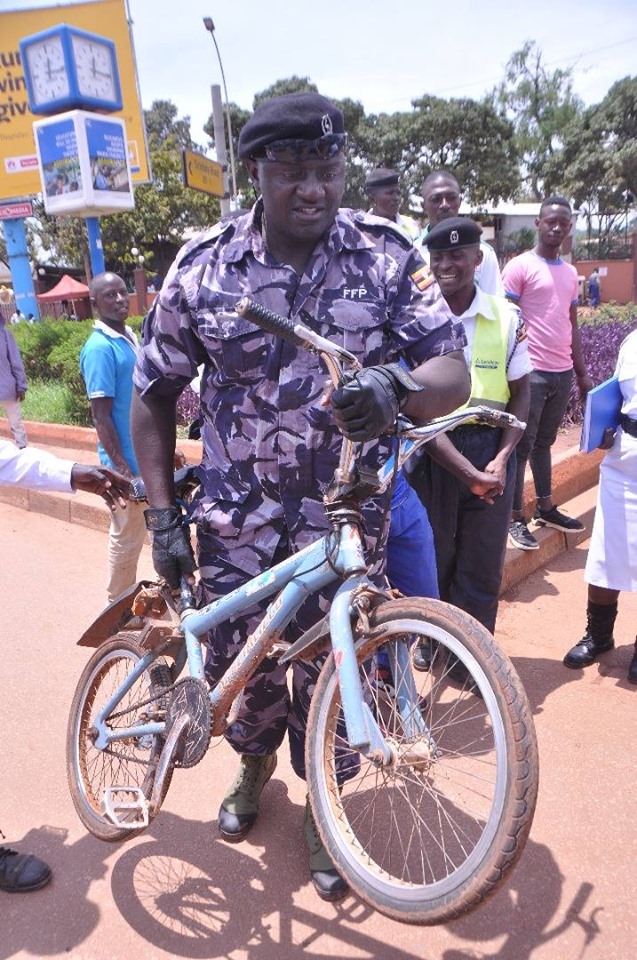 The Uganda Police Force is always full of surprises! Yesterday, in a traffic operation mounted by Traffic Police in multiple areas in and around the city, traffic Police officers shocked everyone when they stopped riders on bicycles arresting them and bundling their bicycles unto their patrol vans.

It is not yet clear what offences or under what law these bicycles were confiscated. Attempts to get Police officers to comment on this issue have also been futile.

Former Police Spokesperson and social media enthusiast Asan Kasingye could also not provide a ready answer as to why Traffic Police officers were targeting riders on bicycles.

No. You don’t need. Will find out what exactly happened and inform you accordingly. https://t.co/aCPUu43lvH

However, Asan Kasingye confirmed that riders on bicycles are not by law required to have driving permits as applies to motorists in vehicles and motorcycles.

This operation came on the deadline of the presidential order to the Assistant Inspector General of Police Sabiiti Muzeyi to provide him with a plan to curb rising criminal gangs in the country. Could this be one of Sabiiti’s interventions to curb crime? Have the assassins in Kampala now resorted to riding on bicycles? Only Uganda Police can tell us.