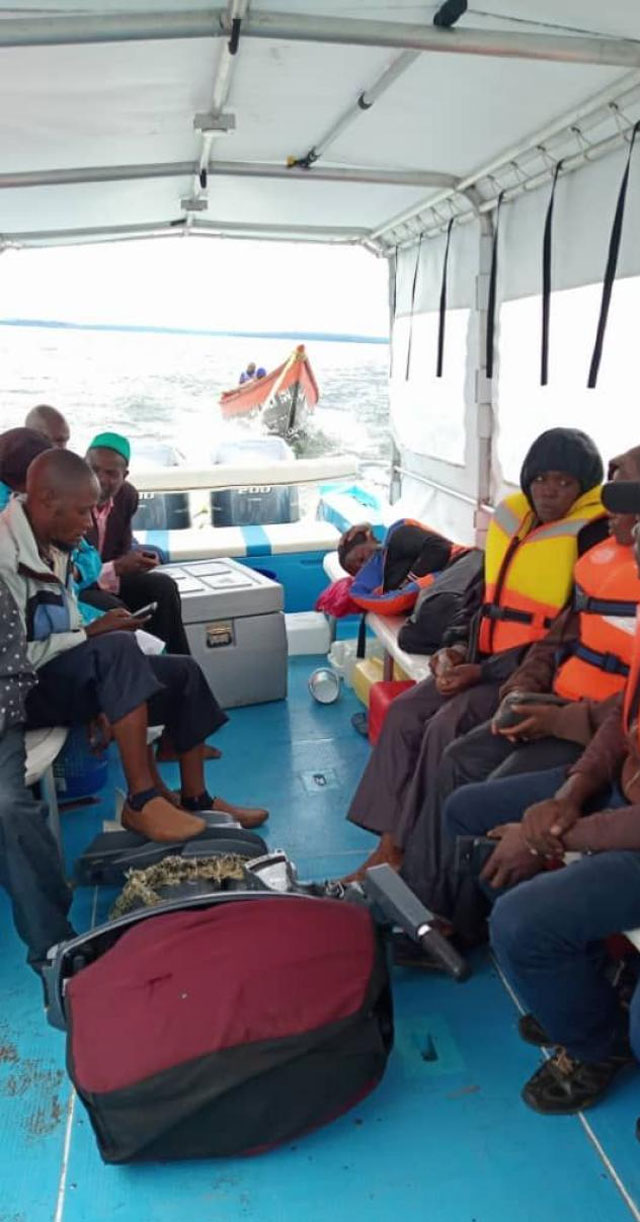 The Ministry of Health Measles-Rubella immunization team in Kalangala on Friday evening survived drowning after their boat collided with another canoe boat on Lake Victoria.

Kalyango narrated that after the collision, the engine fell into water and the Health officials started struggling to find their way to the shore because their boat could not float to the shore.

As they struggled to save their lives, the boat they had collided with did not stop but rather continued with its trip. The District Health Officer was then alerted and he immediately dispatched a speed boat to save the health workers from drowning into Lake Victoria.

One of the Health workers who survived the boat accident revealed that their boat had been moving on high speed to reach Mawaala landing site in time to immediately immunize children on the Island in the ongoing Measles-Rubella campaign.