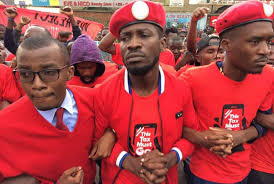 Much as many reports rank Ugandans as one of the happiest people, Ugandans according to UNICEF report 2019 are critically poor. Unfortunately many can’t believe that the poverty levels in this country are too high.

UNICEF 2019 report points out regions in Uganda that have been crippled below the poverty line and in this reports Karamoja tops the list with 85%, Bukedi with 80%,west nile with 81%,Bugisu is poor with 80%, Acholi with 76% and Busoga region at 75%.

No person has ever thought of being poor but sometimes policies by governments fail. For Museveni’s case who even promised Ugandans to achieve Middle income status keep staggering with different policies and unfair taxation systems to the poor where even natives with small scale, medium enterprises are highly taxed while foreigners are exempted and given tax holidays.

With all the schemes like Ntandikwa, bona bagagawale, Naads, Operation wealth creation, steady among others, Ugandans keep choking on poverty of the highest ever. It’s on this ground that the People power boss Robert Kyagulanyi Ssentamu has blamed Museveni for keeping Ugandans in poverty for the last 33 years because poor people are easy to rule.

For despots to rule, they must keep the population poor, ignorant and landless! Disempowered! President Museveni has been deliberate about these. The reason he fights our microphone so much is b'se we use it to awaken & empower the people. Too bad for him, we are determined! pic.twitter.com/Lz8kzPrm4r