Lyantonde murders: One arrested as Deputy IGP camps in area. 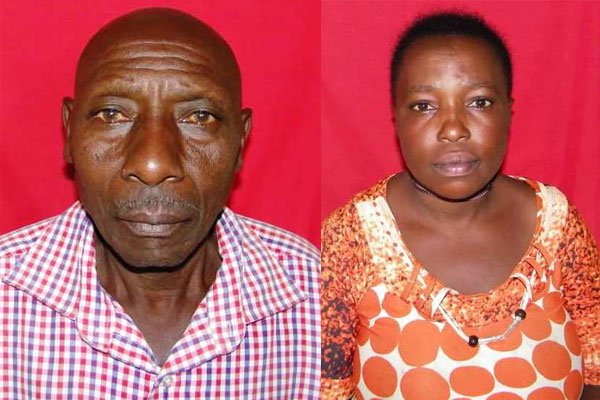 Detectives led by the Deputy Inspector General of Police, Maj. Gen Steven Sabiiti Muzeyi have arrested one person in connection to an armed attack that left three members of the same family dead in Lyantonde District on Sunday night.

Francis Rwabagabo and his wife Kellen Nakato were shot inside their home in Kaliiro Township in Kaliiro Sub County on Sunday night. After a few minutes, the gunman also shot Leokadia Kizza, who was Rwabagabo’s in-law, whom he found at his home in  Kaliiro III Village just a few meters from the that of the first victims.

Police have now revealed that one Ben Kakuru had been arrested from Rwampara in Mbarara in connection with the murder.

“The Deputy Inspector General of Police is still leading a team of detectives in the area and so far they have arrested one suspect in connection to the crime. One of the suspects Ben Kakuru has just been arrested from Rwampara Mbarara. On searching him, he was found with 14 bullets in his house. A joint team of Flying Squad and CMI operatives are in the hunt for the guns yet to be recovered,” police said in a statement posted on Facebook.

Maj. Gen Sabiiti has of late taken a lead role in trying to end gang-related crime. He is working on the orders of the president and he reports directly to him.