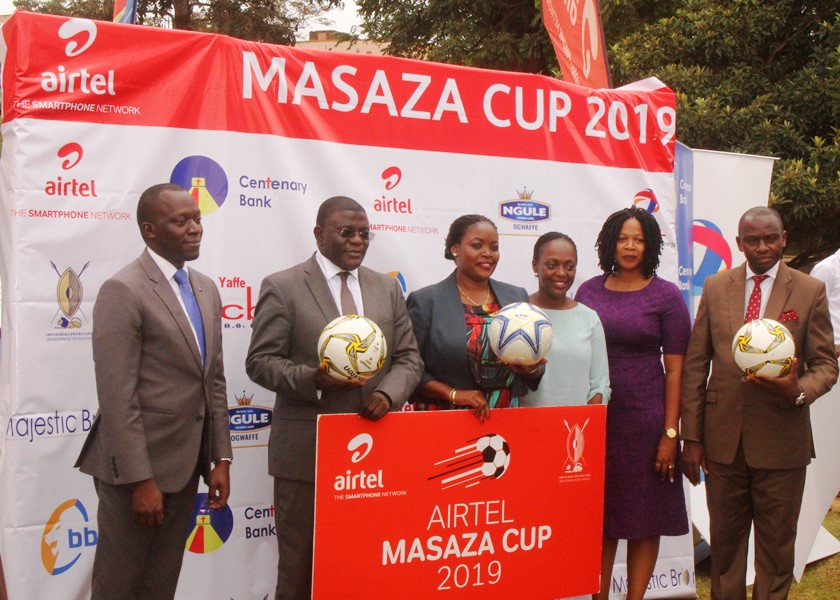 Popularly known as the Masaza Cup, which is the biggest football match in the Buganda Kingdom, the Katikiiro has cautioned all fans against hooliganism.

Deo Sserwadda’s Busiro who has never won the title will take on 2012 champions Bulemeezi who are coached by Bright Stars assistant coach Simon Mugerwa.

The two teams already in their residential camps and the match organizers are also working around the clock to deliver a successful match finals.

Buganda’s Prime Minister Charles Peter Mayiga has confirmed that for the first time Kabaka Ronald Muwenda Mutebi II invited special guests from UNAIDS so as to emphasize this year’s theme of fighting HIV/AIDS.

In 3rd Place are Last year’s finalists Buddu who will be playing against Kyadondo before the final kick-off.

In a press conference at Bulange, Mengo, the Katikiiro asked all Baganda and Ugandans to come and witness the Kabak handover the trophy to the 2019 Masaza Cup Winners at Namboole.

Katikiiro Mayiga also revealed that the 2019 Masaza cup final will be the best because both teams have fought to be at the final.

“This is the best final because Busiro has never been in the finals at Namboole. I call upon fans to of the two to come with drums to support your teams,” Mayiga said.

The 2019 Masaza Cup Final theme is “Kicking HIV out of Uganda” adding that men should be at the forefront of fighting HIV because they are sometimes responsible for the spread of HIV.