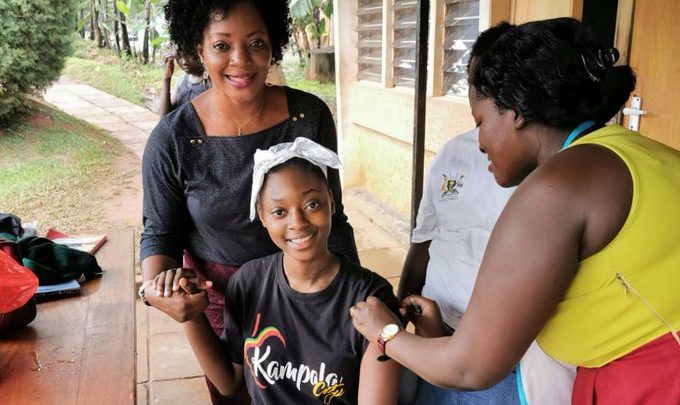 The Ministry of Health, in a statement issued on Sunday, said for the areas of Kampala Capital City Authority, Wakiso and Mukono Districts and Karamoja sub-region, the extension will be for two days; Monday 21st October and Tuesday 22nd October 2019.

The ministry said that the extension was prompted by the fact that a number of schools in Kampala, Wakiso and Mukono were not reached during this campaign.

The extension exercise will focus on; schools that missed out, schools which were on midterm holidays and those that were overwhelmed by the turn-up of children for immunization. In regards to Karamoja sub-region, heavy rains and floods disrupted the activity, the ministry said.

To address challenges of stock-outs of vaccines due to the high turn up, the UPDF on Sunday 21st October 2019 airlifted additional 2,350,000vaccines from the National Medical Stores (NMS) to ensure that districts which experienced stock-outs are able to carry on with this immunization exercise during the one-day extension period.