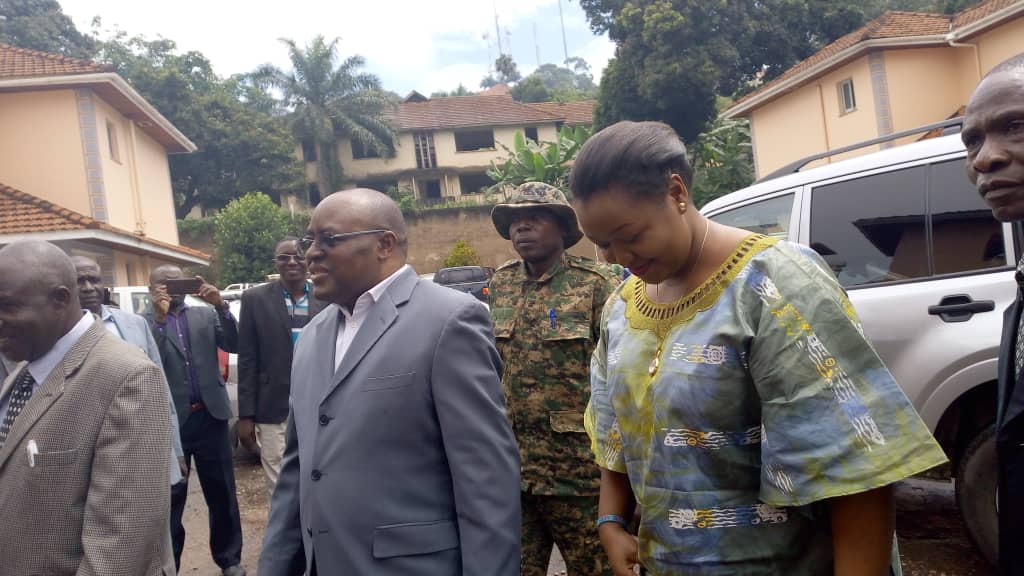 The International Crimes Division of the High Court has Monday adjourned the matter in which the Omusinga of Rwenzururu, Charles Wesley Mumbere made an application seeking court to relax his bail conditions.

Today, court was meant to give a ruling on whether the bail conditions would be relaxed or not to allow Mumbere free movement beyond the districts of Kampala and Wakiso, taking over control of his security from the Chieftaincy of Military Intelligence (CMI) and allowing him to travel abroad for eye treatment.

However, the Rwenzururu King was disappointed after the judge declared that the ruling wasn’t ready.

The applicant’s lawyer Samuel Muyizi and Evans Ochieng were not happy with the delays, because Mumbere’s health is deteriorating and calls for quick medical attention.

Court adjourned the matter to October 24th 2019 for ruling.

Mumbere is battling more than 41 charges including terrorism, murder and aggravated robbery among others that were slapped against him and his 203 royal guards three years ago.

Mumbere and his royal guards were arrested during a military raid on his palace in 2016.  He has since been confined to his private residence in Kampala pending the disposal of the charges against him. However, the Judiciary spokesperson, Solomon Muyita, said a few months back that Mumbere has the liberty to apply to high court to relax his bail terms, although that is not about to happen.