Outrageous: NRM secretary-general says that Bobi Wine should be sued for peddling lies. 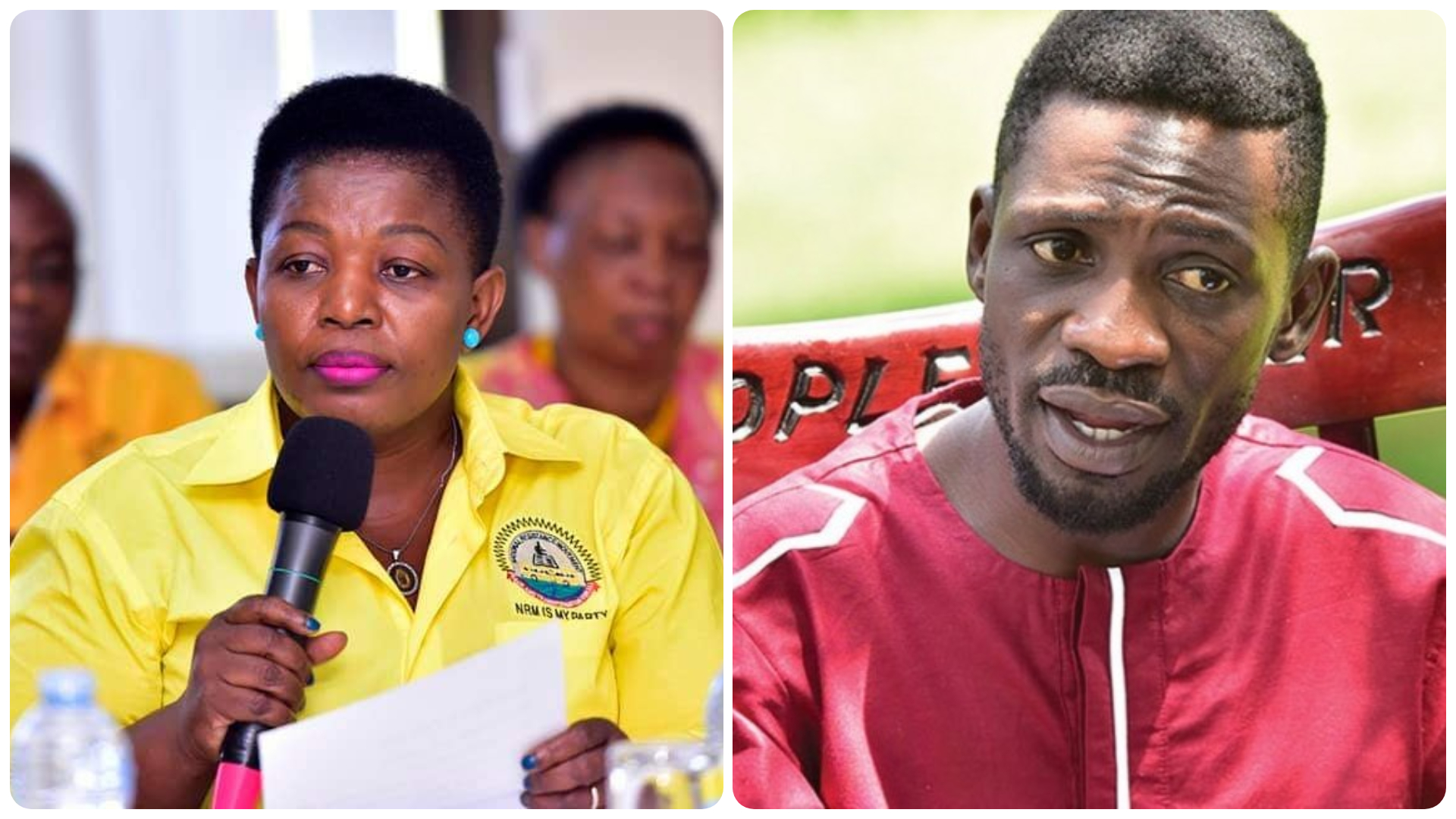 In what can be termed as a climax to a week-long attack on People Power Movement boss, Bobi Wine, the ruling National Resistance Movement (NRM) Secretary-General, Justine Kasule Lumumba, has come out to say that Kyadondo East MP and People Power boss, Mr Robert Kyagulanyi aka Bobi Wine, should be sued for allegedly peddling lies against government.

Kasule Lumumba made the outrageous statement while appearing on a local radio station in Jinja District on Sunday She said: “If there is evidence that Mr Kyagulanyi made negative remarks against this government, should be sued.”

In what was a classic case of regurgitation, Kasule Lumumba failed to state exactly what lies Bobi Wine uttered and only said that under the Ugandan constitution, the Attorney General has the mandate to drag Bobi Wine to court for uttering false statements against government to international communities.

The accusation that Bobi Wine was spreading lies against Uganda was first made by President Museveni on Friday during an interview with the BBC. Museveni said that Bobi Wine was ‘an enemy of progress in Uganda’ and was dissuading investors from coming into the country.

Now Kasule Lumumba, like many other NRM supporters, has come out to complement her boss’ words saying that: “The issue of Bobi Wine speaking ‘negative words’ about Uganda is the responsibility of government, through its security organs, to ensure that he is dragged to court because is not above the law.”