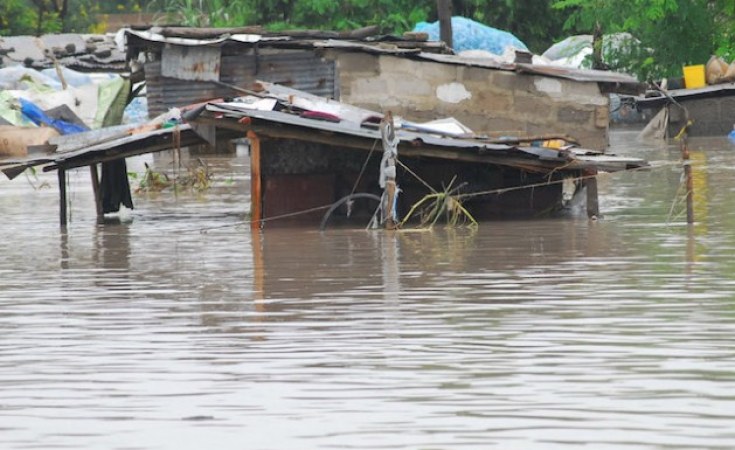 The Daily Monitor has reported that local authorities say, hundreds of people have been displaced and gardens washed away by floods that have ravaged the district following heavy rains.

When this reporter visited the affected areas in Himutu, Mazimasa, Kachonga sub-counties and Butaleja Town council, he found most affected residents taking shelter in schools and churches. They told the reporter that they had not received any government assistance since Friday. The floods were worsened when River Manafwa burst its banks.

Ms Hellen Namuhaini, a resident of Doho, said her house was submerged and household items such as beddings, clothes, domestic birds and animals washed away by the floodwater.

“The floods, triggered by heavy rains that have been pounding Mt Elgon Sub-region for the last two weeks, also destroyed our gardens and livestock,” said Ms Namuhaini.

Some of the victims had taken refuge at their relatives’ homes as others were wandering without shelter, food or clothing.

Mr Abdu Maliki, the LCI chairperson for Muhuyu village, Mazimasa Sub County said they feel helpless.
“We are suffering a lot in floods without any help. We appeal to the government to come to our rescue,” said Maliki.

Mr Wilson Mugole, the LC1 chairperson for Namulo village, said residents were wondering why the government had taken long to respond to their plight.