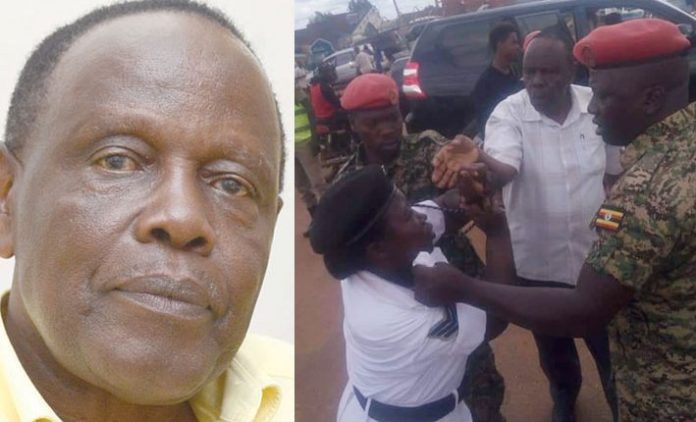 Nile Post has reported that two bodyguards, Lance Corporal Peter Bushindiki and Peter Robert Okurut all from the 10thbattalion were in April arraigned before the Unit Disciplinary Committee of Military Police Brigade Chaired by Lt Col Richard Okum and charged with assaulting a traffic police officer.

The case in regards to the assault of UBC journalist Peter Otai came up for hearing yesterday, Evans Ochieng, the lawyer representing Kyaligonza told court that the two soldiers were still in detention at the Makindye military barrack and could not be present in court.

Justice Andrew Bashaija ordered that they are brought to court so as to be present as case hearing kicks off.

“I am going to issue a production warrant so they are here because later they can say they were not heard. Let them come and face the accuser. They might say the rules of natural justice were not complied with,” Justice Bashaija said.

The judge adjourned the case to January 27 for hearing to kick off.

In February Maj.Gen. Kyaligonza and his two military police guards were seen in a video clip assaulting Sgt. Esther Namaganda, a traffic police officer who was stopping them from making a U- turn in the middle of the road in Seeta .

Peter Otai, a journalist who was recording the events on the day was also badly beaten by the soldiers prompting him to drag Kyaligonza and his bodyguards to court for assaulting and torturing him while on duty.

“As a journalist and concerned citizen, the second applicant (Otai) run to the scene and demanded to know from the first respondent (Kyaligonza) why his guards including Corporal Peter Bushindiki and Priv. Robert Okurut was assaulting a female police officer on duty. At the same time, he began taking photos of the situation for purposes of filing a press story later about the incident,” the court documents presented by Peter Otai read.

“No sooner had he started taking photos, than Kyaligonza and his bodyguards pounced and beat him. The respondents are commanded by Article 202 and 212 of the 1995 constitution to observe, respect, uphold, protect and promote fundamental human rights and freedoms but their impugned actions fell short of the said obligations.”