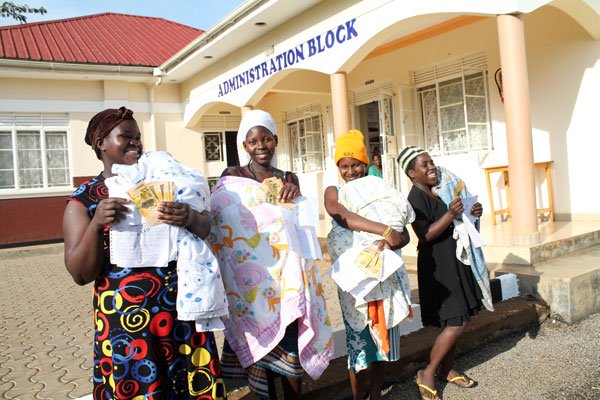 Last week, Ekyooto broke a story about four nursing mothers alongside their newly born babies, who had been detained by Naggalama hospital for close to two months for failing to clear their outstanding medical bills totaling to about Shs2 million.

Hours later, three more mothers came out saying that they had also been detained for similar reasons whose total bill was about Shs, 1.2 million.

The Centre for Health, Human Rights and Development (CEHURD) has petitioned the Uganda Human Rights Commission to investigate reports that St Francis Hospital Naggalama in Mukono District, detains patients who have not fully cleared their hospital bills.

CEHURD, among others wants the commission to conduct a comprehensive investigation and provides a human rights guidance note on the illegal detention of patients in health facilities.

“Whereas illegal detention of patients raises pertinent human rights infringements, we draw your particular attention to the violations of the right to health, right to personal liberty and freedom from cruel, inhumane and degrading treatment provided for under Articles 8a (1), 23 (2), 24 and 44 (a) read together with objective XIV (b) of the constitution,” Mr. Moses Mulumba, the executive director of Centre for Health, Human Rights and Development, writes.

Adding: “While we commend St Francis Naggalama Hospital for its contribution in provision of healthcare in Uganda, the hospital is equally obliged under Article 20 (2) of the 1995 constitution to respect, uphold and promote fundamental rights and freedoms.”

The commission’s core mandate is to promote and protect human rights and freedoms in the country in recognition of Uganda’s violent and turbulent history that had been characterized by arbitrary arrests, detention without trial, torture and brutal repression with impunity on the part of security organs during the pre and post-independence era.

Further in the petition, Mr. Mulumba brings to the attention of the commission that a health facility is not an authorized detention place envisaged under Article 23 (2) of the 1995 Constitution and that the continued acts of detention of patients are thus unconstitutional and unacceptable in a free and democratic society..

Naggalama hospital is a privately owned health facility by the Roman Catholic Diocese of Lugazi that mainly serves the districts of Mukono and Kayunga but the Chairperson Human rights commission said that they were yet to start investigating the matter.