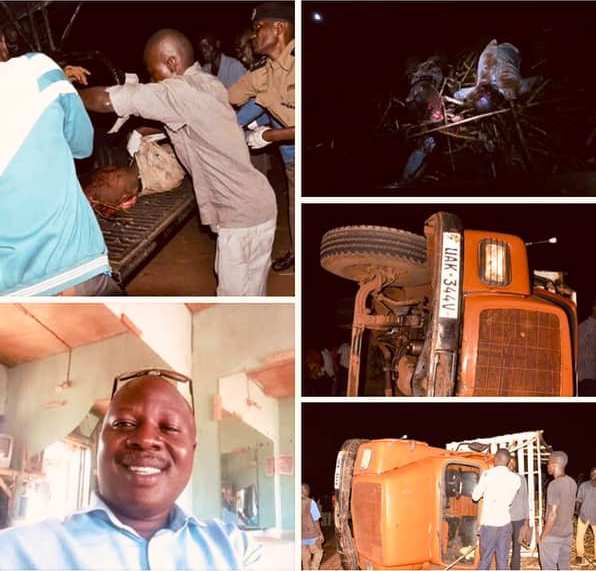 News coming in indicates that a confirmed 15 people have perished in an accident that occurred at Buwenge on Walumbe hill along Jinja-Kamuli road.

The accident was reportedly caused when a lorry of TATA make and registration number UAK 334V failed to brake and slid backwards.

It is said that in the process of Police rescue, another lorry laden with sugarcane of registration number UAK 996Z skidded of the road and rammed into more people leaving a number of them dead.

The Uganda Police Force is yet to release an official statement to the effect.