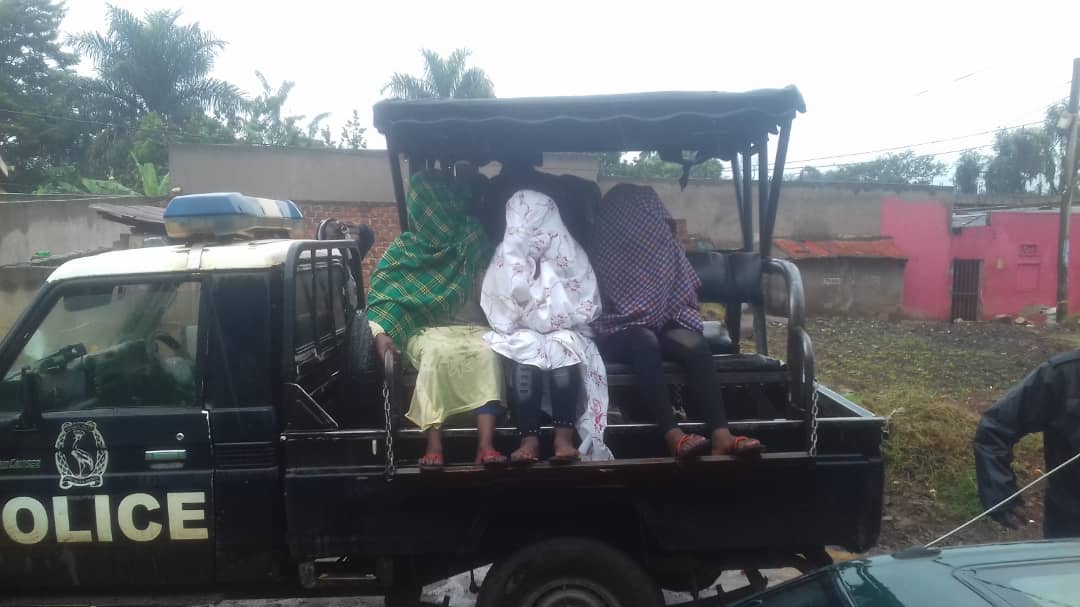 Police in Mukono have arrested a man only identified as Odongo for stabbing a prostitute in the chest at Sunset Guesthouse in Ggulu A village, Mukono Central Division.

Reports indicate that  Mr. Odongo last night took the deceased, Ms. Catherine Nansubuga aka Hawa, 37, a resident of Kitega Village to Sunset Guesthouse in Mukono where the two were to spend the night.

The two went to the bar, had a drink and then proceeded to sunset guest house but at around 2:00 am the guesthouse’s security guard Mr. Ronald Ndawula and his colleague heard Ms. Nansubuga shouting for help, calling names that were later established to be of her friends.

Mr. Ndawula the security guard narrated that after hearing the screams, he ran to the room where the noise was coming from only to find the door locked only to peep through the window, seeing blood all over the place.

When Police were alerted, Mr. Odongo tried to flee the crime scene but fortunate enough Police came on time to arrest him.

The LCI Chairperson Mr. Muhammad blamed the act on the lack of cooperation between the guesthouse owner and the village leadership adding that the guest house manager has never attended any security meeting despite several invitations.

He also added that Prostitution is on the increase because of the mushrooming factories in Mukono and this has highly increased the crime rate in the area.

Nansubuga’s body has since been taken to Mulago Hospital for post-mortem and 15 Other Sex workers have been arrested together with Odongo to help with investigations.