Ministry of Health asserts that they do not need to seek Parental consent for National immunization campaigns. 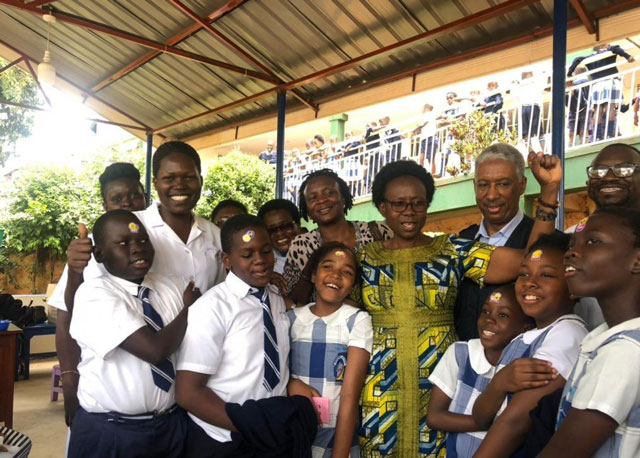 The Ministry of Health has reaffirmed that it does not need to seek parental consent during national immunization campaigns.

This comes after displeasure at the government’s failure to seek consent from parents for the immunization of their children during the ongoing Measles-Rubella vaccination campaign.

Ministry of Health has clarified on the matter saying that the law, takes away the rights of parents to decide whether children can be immunized in national campaigns or not.

The Programme Manager of the Uganda Expanded Programme on Immunization-UNEPI, Dr Alfred Driwale, explained that while the immunization act gives parents the responsibility to take their children for immunization between the ages of 0-5 years, they have no responsibility when it comes to national exercises adding that while schools might inform parents about the campaign, and explain its benefits, they are not obliged to seek their consent.

The decision to immunize learners this year was made following an outbreak that affected more than 300,000 people in the country. Data from the health ministry shows that over 46,000 have been admitted at health centers with 600 deaths reported as a result of Measles and Rubella.

Dr. Driwale noted that under such circumstances, every child needs to be immunized in the targeted group. He makes reference to the Immunization Act which gives the minister powers to call for a mandatory immunization campaign in case of an epidemic.

According to the Immunization Act, Parents or guardians of children that do not take their children for immunization are liable to a monetary fine not exceeding 240,000 or a six-month jail sentence or both.

However, Moses Mulumba the Director of Center for Health, Human Rights and Development, he criticized the Government for failing to provide adequate information to parents before the vaccination exercise began which he says would make parents more comfortable with the immunization campaign because they are the sole caretakers of children and should be given the opportunity to give consent.