Residents in Busia resort to Camel waste for treatment of diseases 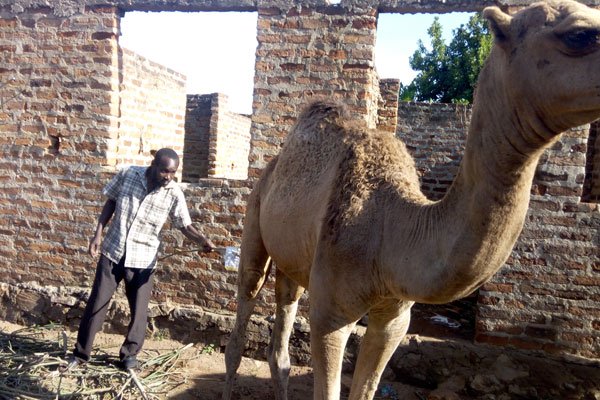 Residents in Arubaine village, Busia Municipality have resorted to drinking camel urine to treat diseases instead of visiting health facilities.

According to the locals, camels feed on rare tree species that have bitter substances, which are medicinal. For instance, the locals use camel dung to treat skin diseases while the fat, extracted from its meat, is used to treat measles. And urine is used to treat diseases such as cancer, diabetes, and high blood pressure, among others.

Camel Products in Busia are now the biggest treasure because Men, women, and children line up and patiently wait for hours for the camels to urinate so that they can tap the waste.

One of the residents identified as Jaberi who administers the camel products to patients in the area revealed that all patients that have taken camel product doses have recovered from several ailments such as cancer, diabetes, and high blood pressure.

“I have for some time been using camel urine, fat and dung to treat patients who are diagnosed with cancer, high blood pressure, diabetes, measles and those with skin diseases and many come back testifying that they have regained their health,” Mr. Kanga said

He, however, clarified that despite the products being great at healing several diseases, One needs to ensure that the products are free from bacteria before administering them adding that camel dung has to be roasted and then crashed to kill any possible bacteria while for the urine, ginger is applied as a preservative.

Nevertheless, Laboratory studies carried out at King Abdulaziz University in Jeddah Saudi Arabia, indicate that camel waste contains metabolites such as Canavanine, which have a potent activity against cancer, causing tumor cells.

The urine was also found to contain Benzene Propanoic acid, which has antiplatelet activity, with possible application in the treatment of blood clotting and various heart conditions.

The Public Relations Officer at the Ministry of Health criticized the act saying that what residents are doing is risky because there has been no scientific study to conclude that camel products heal diseases.