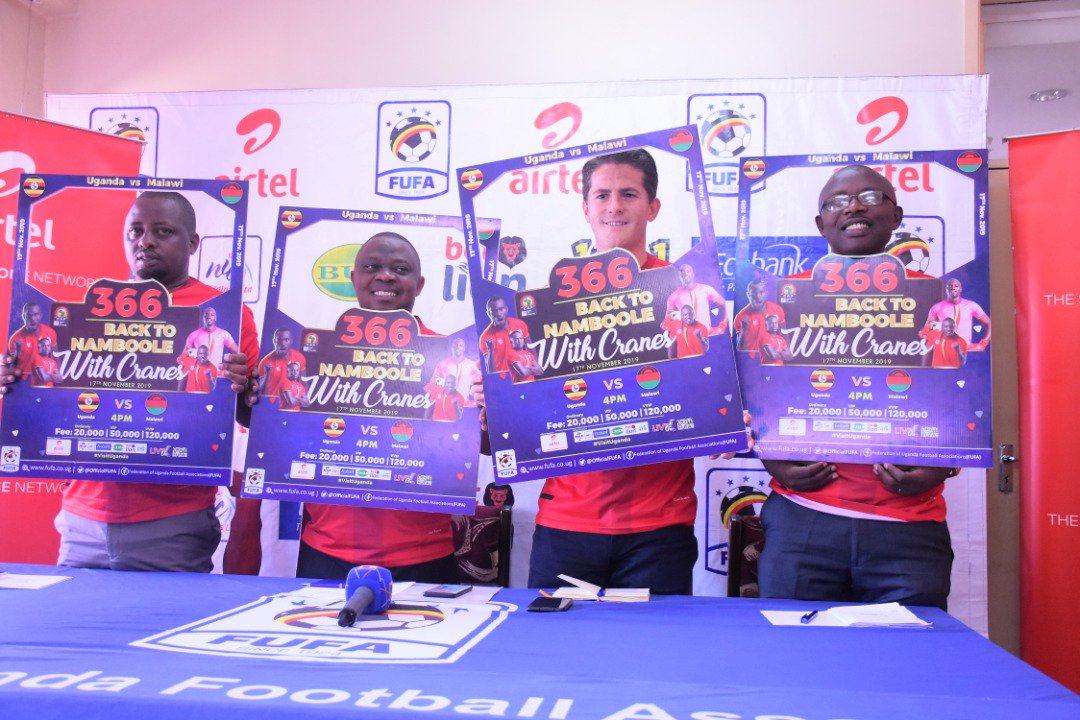 Preparations are in high gear to see Uganda qualify for the next round of the African Cup of Nations.

The 33rd edition of the most prestigious football tournament on the continent will be held June 2021 in Cameroon.

Code-named “366 Back to Namboole with Cranes”, the campaign will see Uganda play away to Burkina Faso on November 13 in their opening qualifying game, before hosting Malawi in Kampala.

Speaking during a press conference on Wednesday, acting FUFA president, Justus Mugisha said they would try to ensure the national team starts on a high note to the qualifiers.

“We know the value of this campaign. We want to start this on a high note and we are ready to give our new coach maximum support,”Mugisha said.

“By this, we want to ensure that the team gets good preparations, hotels, training grounds and he will also be able to move out and watch some of our foreign-based players play at their respective clubs.”

The FUFA CEO in charge of football, Decolas Kiiza announced that government has already booked the Uganda Airlines for a chartered flight to take the national team to Burkina Faso, before returning to prepare for their next game against Malawi.

“Uganda Cranes will travel with a chartered flight aboard Uganda Airlines departing Entebbe on November 12, 2019, and will return on November 14, 2019, after the game so that players don’t get fatigued and return in good shape for the home game,” Kiiza said.

In the past, the Ugandan national team had to use other airlines that in some cases it had to delay while connecting to different airports.

“We thank the government for the support and we shall give in all that is needed to ensure we get the victory.”

Kiiza also revealed that there will be 30 slots for the national team fans to travel on the Uganda Airlines but noted this would be for a fee of $1500, an equivalent of shs5,560,000 for each fan.

The newly appointed national team coach, Johnny Mckinstry said he would try to ensure the team wins all the games in the group for automatic qualification.

“In the African context, the home advantage matters a lot because of the difficulties in travelling. We need to win all the home games and get some points away from home for us to qualify. Our target is at least 12 points, 9 at home and 3 away,” Mckinstry said.

Uganda was pitted against Burkina Faso, Malawi and South Sudan in group B.

Uganda’s first home game against Malawi will be exactly 366 days after their game at Namboole in which a Patrick Kaddu goal sent Uganda to the 2019 AFCON finals in Egypt.