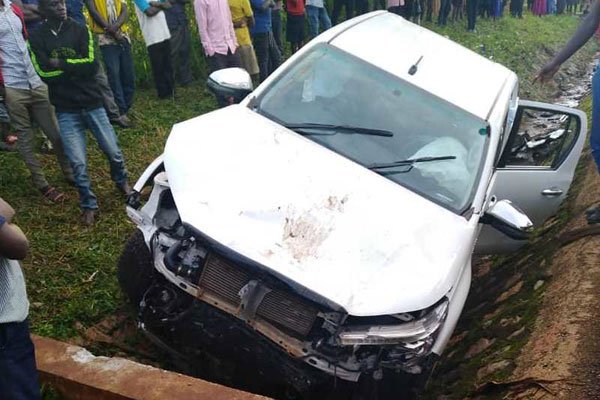 The deceased include two senior four students of Universe College identified as Daphine Kabahumuza, 16 and Bridget Tushabe, 17 and a Cyclist identified as Alfred Avutia who died on spot.

The Albertine region spokesperson, Mr. Julius Hakiza noted that they were all heading in the same direction. The car hit the cyclist who lost control then knocked three pedestrians killing two on spot.

.The pedestrians were all senior four students of Universe College School and residents of Bulemwa cell in Hoima Municipality.

At the time of the accident, the students were coming from school going back to their respective homes to prepare for exams.