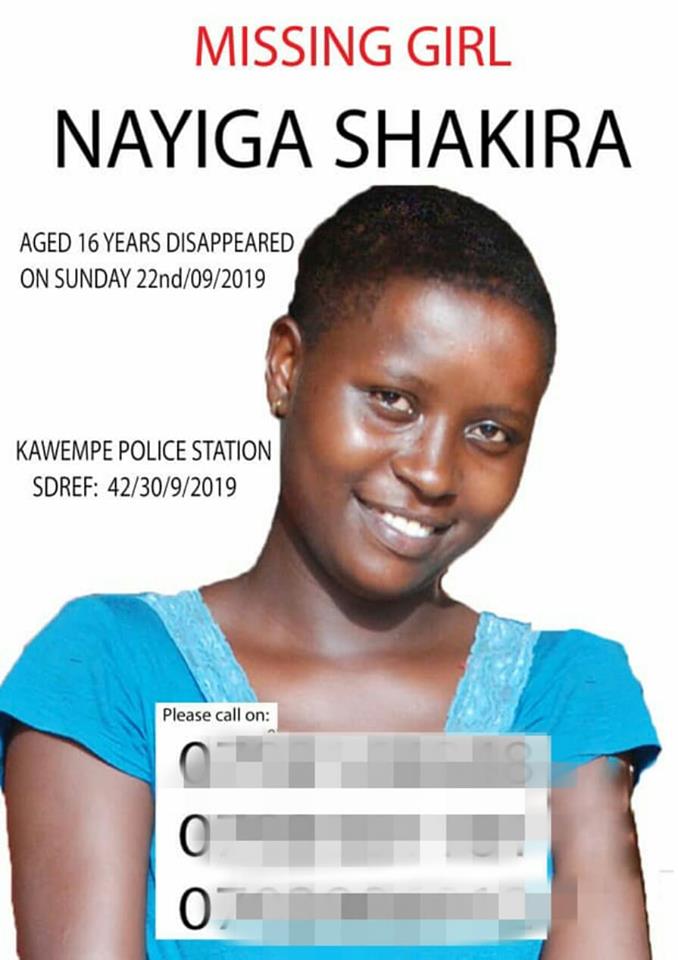 A senior one teenage girl who was reported missing a month ago has been found at her boyfriend’s place in Wobulenzi according to Uganda Police Force.

After a prolonged search, Shakira was found at her boyfriend’s place in Luweero going about her ‘wifely’ duties.

A case; SDREF:42/30/9/2019, was lodged in at Kawempe Police Station following her disappearance from home, and social media was awash with the news and search to no avail.

“Naiga Shakira 16 who had gone missing has been found by our Police in Wobulenzi Luwero. She was found with a boyfriend and are both in Police custody at Kawempe Police station for questioning,” reads a statement from Uganda Police.

Nayiga, a form one student at Fairway High School went missing shortly after she was dropped off at her mother’s home by a paternal uncle, a one Isma Mugasira.

Her family mounted a search but got no wind of where she was. They were later shocked when a one Denis Odongo called the family asking for ransom in order to release her. Odongo asked the family to raise Shs2m and gave them two hours to financially organize themselves.