Court to rule on petition against Museveni sole candidature 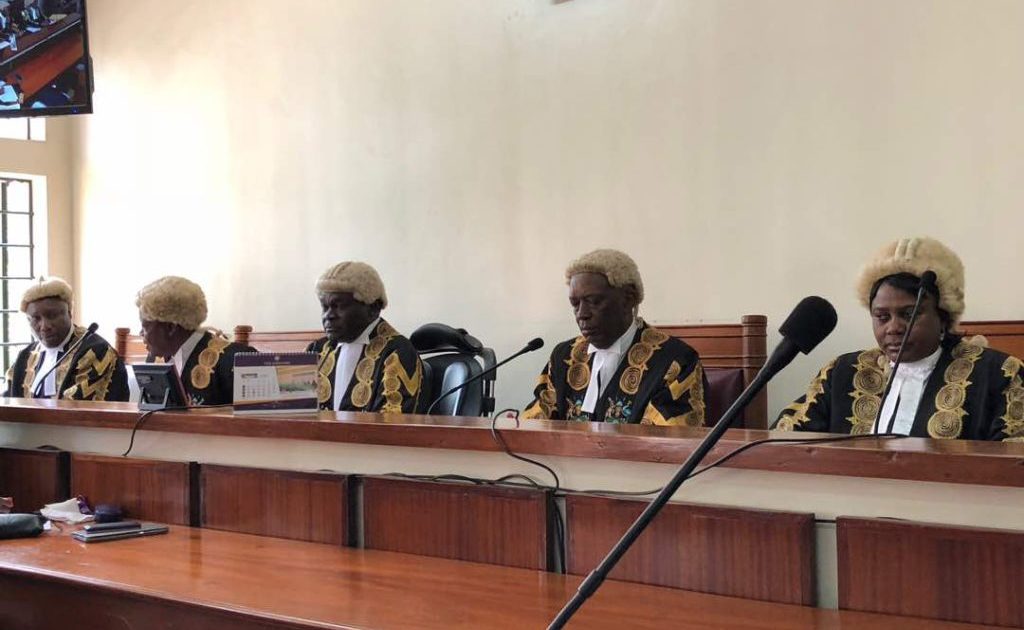 The Constitutional Court will today deliver its judgment in a petition in which a section of Members of Parliament from the ruling NRM are challenging the legality of President Museveni’s sole candidature for 2021 and beyond.

On February 19 this year, the NRM Central Executive Committee (CEC) sitting at Chobe Safari Lodge in Nwoya District resolved to adopt President Museveni who doubles as the party chairman as a sole candidate for 2021 presidential elections and beyond.

But a section of NRM ‘rebel’ MPs has since asked the Constitutional Court to nullify a decision of CEC that selected President Museveni as sole candidate for 2021 and beyond arguing that it was a violation of the Constitution.

The NRM leaning MPs argued that the decision of the ruling party is in contravention of the Constitution that requires internal party democracy to conform to the national Constitution.

The verdict will be delivered by a panel of five justices led by deputy chief justice Alphonse Owiny-Dolo. Other judges are Kenneth Kakuru, Frederick Engonda Ntende, Cheborion Barishaki and Christopher Madrama.