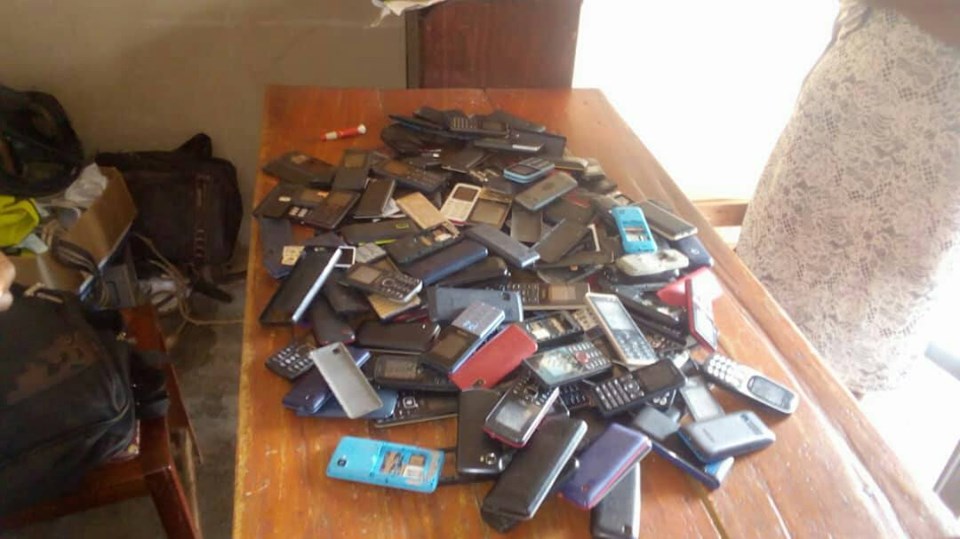 Police in Bujjuko yesterday intercepted thugs who had robbed people in Kawempe. The thugs were intercepted in a motor vehicle reg no UBE 631H Toyota Allex.

The arrest follows a phone call from Kawempe, Lugoba Police that the thugs had robbed the area and proceeded to Mityana Rd. The OC Bujuuko together with LDUs responded immediately and intercepted the said thugs as they were proceeding towards Nswanjere LCI and Jezza where they were intercepted.

When the vehicle was searched, police found over 160 mobile phones. It has since been established that these thugs were targeting mobile money agents by pretending that they are either withdrawing or depositing money and in that process, they exchange their phones with the agent or steal the agent’s phone without the agents’ knowledge.

Ggayi was transferred to Kawempe Police station as the hunt for Ssozi Tonny who is on the run continues.