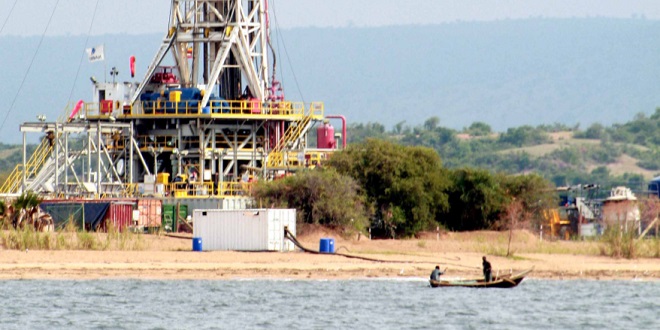 Over Six NGOs said Wednesday that they had sued French energy giant Total over an oil field project in Uganda, accusing it of failing to avert “disastrous impacts” for local residents and biodiversity.

The NGOs are confident that the Court Nanterre, outside Paris, will force Total to conform with a 2017 law requiring it to elaborate a “vigilance plan” to prevent “serious infringements” of health and human rights as well as environmental damage to the local people.

The French law was passed in the wake of the Rana Plaza disaster in Bangladesh in 2013 when more than a thousand people were killed in the collapse of poorly maintained building housing garment companies working for Western brands.

In the same way, Total plans to drill approximately 419 wells near Lake Albert in western Uganda for the Tilenga project, which could produce over 200,000 barrels of crude a day and many of these well will be in the Murchison Falls national park, and communities have been displaced from their lands for this particular project.

Thomas Bart of the French NGO Survie (Survival) noted that the disastrous impacts of this project are already being felt by thousands of people whose lands and homes have been confiscated.

Many communities in Uganda survive on rearing animals, growing food, and these areas are where we have most of our national parks… the activities of Total have been really in conflict and in violation of most of those activities,” added the head of the Africa Institute for Energy Governance based in Kampala, Dickens Kamugisha.

The justice system in France is  believed to be stronger and Independent than Uganda Courts a reason as to why the NGOs filed a Lawsuit in France and not in Uganda,

The Tilenga project was launched after the 2006 discovery of a field that could hold over 1.5 billion barrels of crude, a boon for Uganda, which hopes to export oil via a pipeline to Tanzania.

Asked for comment on the lawsuit, a Total spokesman referred to a company statement from September saying the Tilenga impact studies “were carried out with respect to national and international standards” acknowledging that 622 people had been displaced in a first phase, but said all received either land or money as compensation.

In total, four French NGOs and two based in Uganda filed the suit against Total.