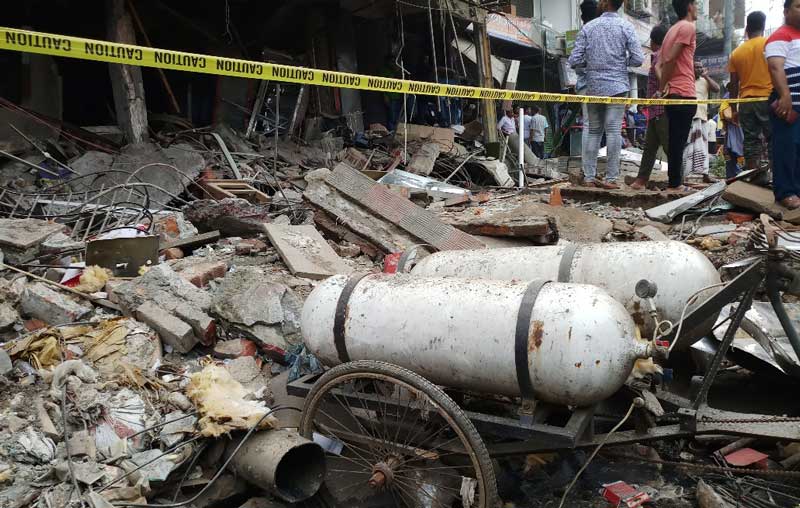 Reports from various sources indicate that the explosion, which occurred at about 10:45 am on Thursday at a factory called Fabrication Systems Uganda Ltd, claimed the life of Tiburiwa Diana, a marketing officer at the factory. Her body was taken to Mulago city mortuary for postmortem.

Police temporarily cordoned off the scene where the explosion took place and all work was halted to allow investigations into the matter.

In August this year, a gas cylinder exploded in Wakiso district, killing two people and injuring six others.

The incident, which occurred in Mikka Trading Centre, left area residents in shock.

According to witnesses, Taddeo Jagenda, 51, and Suleiman Kinobe, 73, had purchased the cylinder alongside others but they exploded before they could repair them. The exploding cylinder killed the two on spot and injured Serve Joshua, 9, Catherine Nagoya, 7, Timothy Kisuze, 9, and three others only identified as 6-month-old Maya, Titus, 6, and Nalukenge, 40.