“We are on top of this!” Disaster Minister Ecweru assures nation 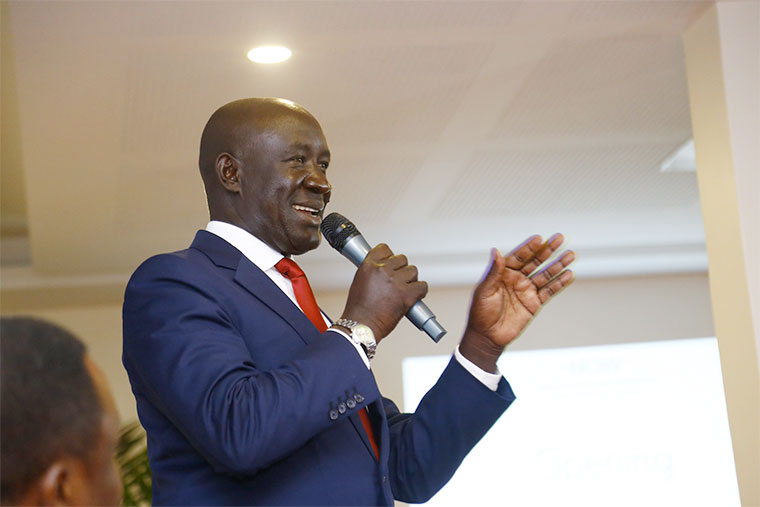 Speaking to the media, Disaster Minister Ecweru has expressed concern over on-going extremes of weather leading to floods in different parts of the country.

He noted that the most affected districts are Butaleja, Bukedea, Katakwi, Kasese and Nakaseke.

Ecweru pledged government’s commitment to responding to the current emergencies caused by the current rains. He also blamed engineers at the ministry of works for the shoddy works that have left many bridges swept away by the floods.

He said the rains the country is experiencing have been described as above normal that came unexpectedly instead of the normal annual dry spell.

According to the minister, the consequences of the current heavy rains are dire in that hundreds of houses have been destroyed, water sources seem to be contaminated as a result of the flowing toilets, bridges been washed off among other.

Ecweru also is also scared that there is looming hunger in some of these affected areas, a number of pupils likely to miss their primary leaving examinations as they can no longer access their schools because of the bridges that have been washed away by the floods.

The minister who says the ministry is committed to responding to these emergencies.

According to the minister, the technical team has been directed to compile all statistics of all home steads that have been affected by these heavy rains.