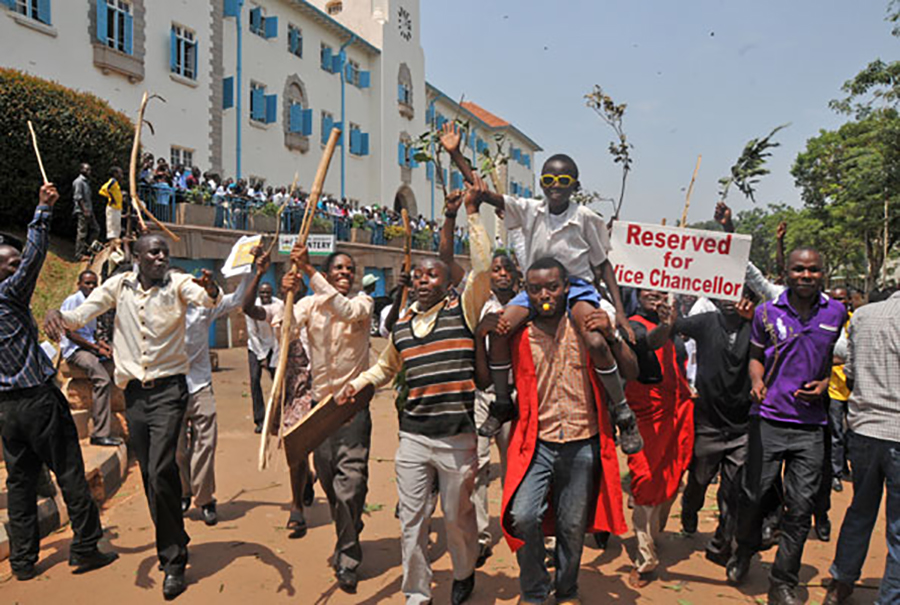 This comes at a time when the Guild president was arrested earlier in the morning after appearing for a talk show on the Kamwokya based NBS Tv which resulted into more tension leading to running battles with tear gas by police.

In light of the recent students' unrest and protests, Management has taken disciplinary action on some students.

The following have been Suspended and others Warned. Affected students are requested to collect their letters from the Dean of Students https://t.co/dJMcgcX0EH pic.twitter.com/uY5d52Qgy3

It should be noted that following the suspension of Molly Siperia Saasirabo, a guild representative who led the female students in the first phase of the on-going strike, student’s gained momentum of protesting as calling for termination of Molly’s suspension was also added on the demands they wanted management to handle.