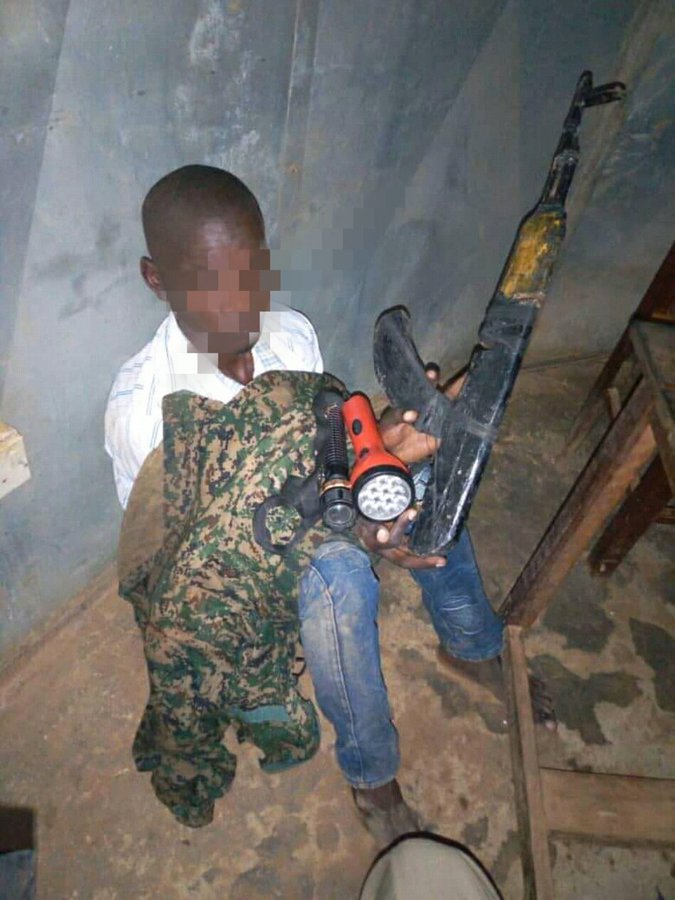 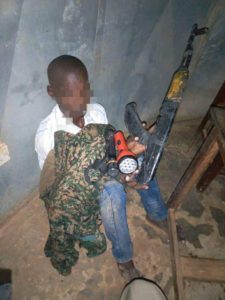 As police intensifies it’s operations across the country to cur criminality and robbers who are fighting for their share as we usher in the festive season,an armed notorious robber has been netted in the Eastern district of Mayuge.

According to police, the suspect was netted and found with two pairs of army uniform, and a field force unit uniform and one toy gun which is believed to be a weapon used to terrorize residents in this area.

The suspect in custody has been identified as Rogers Magoola who is 26 years old. The operations follows Museveni’s directive to the Deputy IGP Sabiiti Muzeyi to change the Modus Operandi of police so as to curb criminality which has hiked in the country.

Suspected notorious armed robber arrested.
Rogers Magoola 26, is in police custody at CPS Mayuge on charges of agravatted robbery and impersonation. The suspect was arrested and found with two pairs of army uniform, and a field force unit uniform and one toy gun pic.twitter.com/SgYFLQmf7y