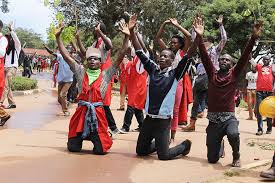 The European Union (EU) Delegation in Uganda has today condemned security brutality against students and journalists at Makerere University. This comes at a time when president Museveni ordered the exit of the army from Makerere University premises and pretended like he didn’t know who deployed the army to mistreat unarmed students in their halls of residences.

Attilio Pacific, the EU Ambassador/Head of Delegation, called upon the police and army to refrain from acts of violence and respect freedom of assembly and expression. 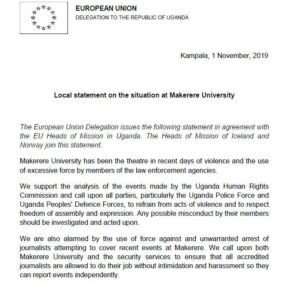 “Makerere University has been the theatre in recent days of violence and the EU Heads of Mission to UG, together with those of Iceland & Norway & with many other close partners of Uganda, have been following the event with apprehension,” said his statement.