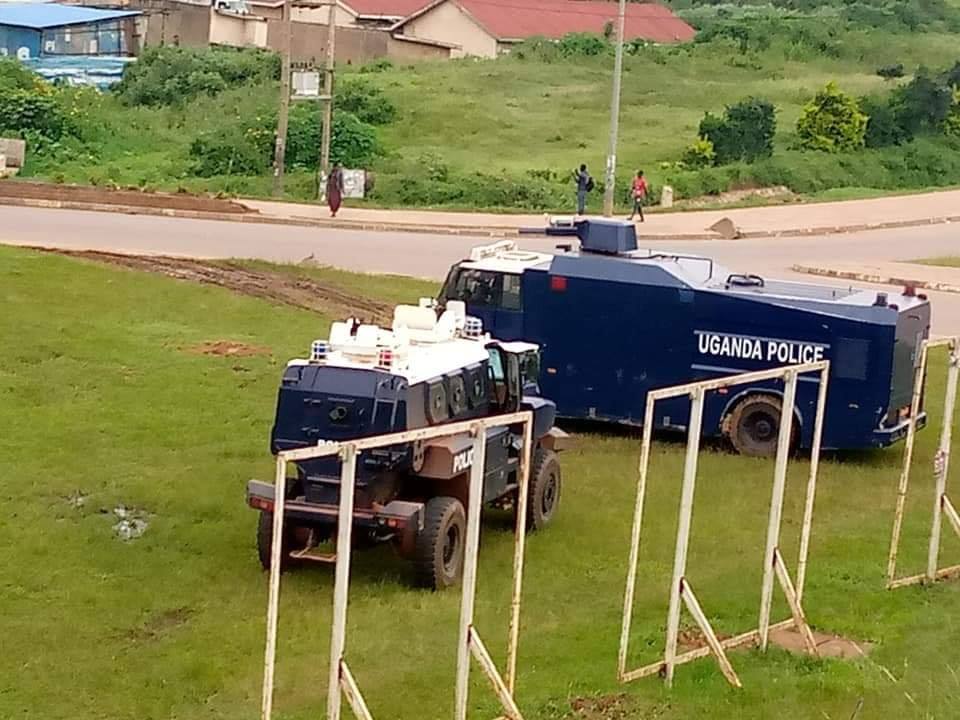 Police have blocked the FDC general assembly that was scheduled to take place at Namboole Stadium.

The Forum for Democratic Change Party members were shocked to find anti-riot Police and Tear gas trucks stationed there.

The members then resolved to march to the party headquarters in Najjanankumbi only to be interrupted by Police.

“A match by FDC leaders and supporters to FDC Party Headquarters Najjanankumbi-Kampala after the Fdc Conference was blocked at Nambole Stadium by Maj. Gen. Sabiiti Muzeyi the substantive Inspector General of Police (IGP). Party members are currently gathered at the FDC Office in Kireka,” a statement from the party Facebook page reads in part.

Mr Ibrahim Ssemujju Nganda, the FDC spokesman,  was also scheduled to hold a party conference at the same venue.

This is a developing story. More details are coming up