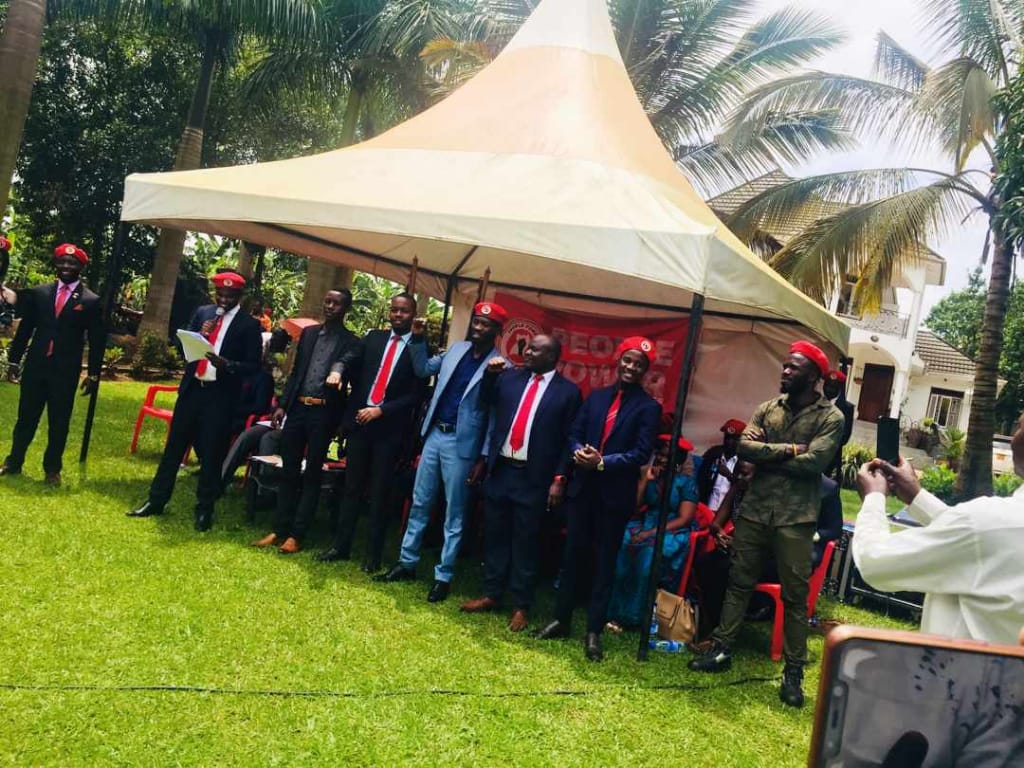 Hon. Robert Kyagulanyi continues to exert more pressure against the government by using his music and mobilizing the public to stand up against injustices.

The People Power movement has today launched a student’s movement at Magere that has been tasked to preach the gospel of liberation in a bid to expand its structures.

The People Power movement student’s wing consists of students from various universities across the country. The movement has launched a youth wing dubbed ‘Students Power’ in a bid to galvanize the pressure group’s support ahead of the 2021 elections.

Mr. Joel Ssenyonyi, the People Power spokesperson, hailed the students for standing up to the government for their rights and urged them to desist from all forms of violence.

“We are saying we are not going to sit back and see these institutions go down. Holding a placard is not violence, it is you Museveni who went to the bush and killed people. That is what we call violence” said Joel Ssenyonyi

The People Power movement gained popularity by being very appealing to young people when they dominated the guild presidential elections emerging victorious in over 75% of the races.

They won at institutions such as Ndejje and Makerere University. In attendance was Tundulu Jonathan, the Kyambogo University guild president, chairman Nyanzi (Bobi Wine’s brother), Bobi Wine, Roy Ssemboga among other top People Power Leaders who are working day and night to cause change ahead of 2021.