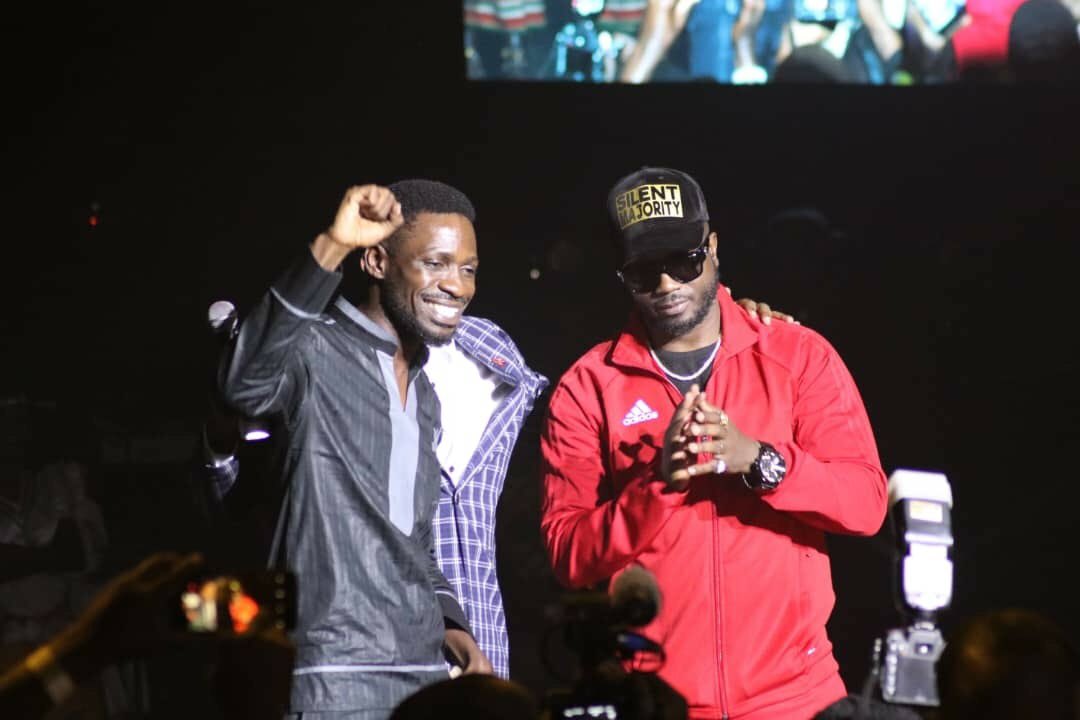 Musician Moses Ssali popularly known as Bebe Cool has claimed that he is the one who made Robert Kyagulanyi aka Bobi Wine adding that he lived in the ghettos of Kamwokya long before Bobi Wine and went ahead to create the Firebase Entertainment Group currently owned by Bobi Wine.

While appearing on NBSTV, Bebe Cool noted that he lived in Kamwokya and Kanyanya all his life where he started the Firebase Entertainment which he co-owned with Bobi Wine to fight Chameleone who was then their common enemy.

Bebe Cool added that despite growing up in the ghetto, like his colleague Bobi Wine, he does not behave like Ghetto people.

“I created a group called Firebase that was intended to fight Chameleone. I have grown up in the ghetto, only that I don’t behave like them. Just because I’m the son of Bidandi doesn’t mean he fathered me. I grew up with a single mother,” he added.

On Buchaman’s appointment, Bebe Cool said that he doesn’t have a problem with President Museveni’s appointment of musician Mark Bugembe alias Buchaman in the position of presidential advisor because he is fit to represent People in the Ghetto.

He, however, added a disclaimer saying that Ugandans should not be fooled to think Buchaman is more popular than Bebe Cool.