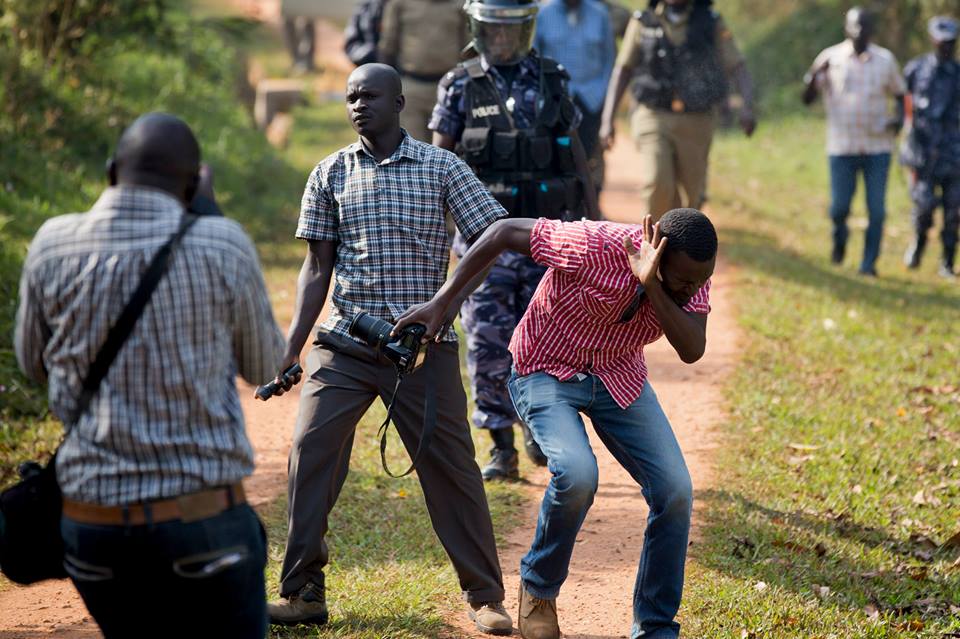 Civil society organizations (CSOs) have asked the government to prosecute police officers who brutalized journalists during the Makerere University fees must fall fracas.

The Citizens Coalition for Electoral Democracy in Uganda (CCEDU) and the Human Rights Network for Journalists (HRNJ), in separate statements, demanded that the rights and freedoms of journalists be restored by expeditiously carrying out an inquiry into the abuses meted out on them.

The head of communication and advocacy at CCEDU, Ms. Charity Ahimbisibwe, on behalf of CCEDU, asked the government to reaffirm its commitment to defend the rights of journalists by prosecuting all police officers who brutalize journalists.

On March 31, President Museveni assented to the Human Rights Enforcement Act, 2019, which guarantees the entrenchment of human rights in the way the Uganda Police Force enforce law and order.

Mr. Robert Ssempala, the executive director of HRNJ, said in a statement that the police on Monday arrested a number of journalists who were delivering a petition to the Inspector General of Police (IGP) to protest the continued harassment by the force.

At Makerere University last week, police assaulted many journalists who were covering the student protests challenging the 15 percent increment on tuition.

Mr. Ssempala added that no action had been taken against the errant police officers hence the decision by the journalists’ leaders to petition the police force against the brutal attacks towards journalists while on duty.